Let’s have some ORWO MK-71 in the development tank.

Found few boxes of this film on internet market place. The seller did not know much about the film, there is no leaflet in the box, no specification for it in my ORWO photo materials handbook, not much on the internet. Sounds like perfect blind testing exercise of unknown films that I like much but I haven’t had for some time. 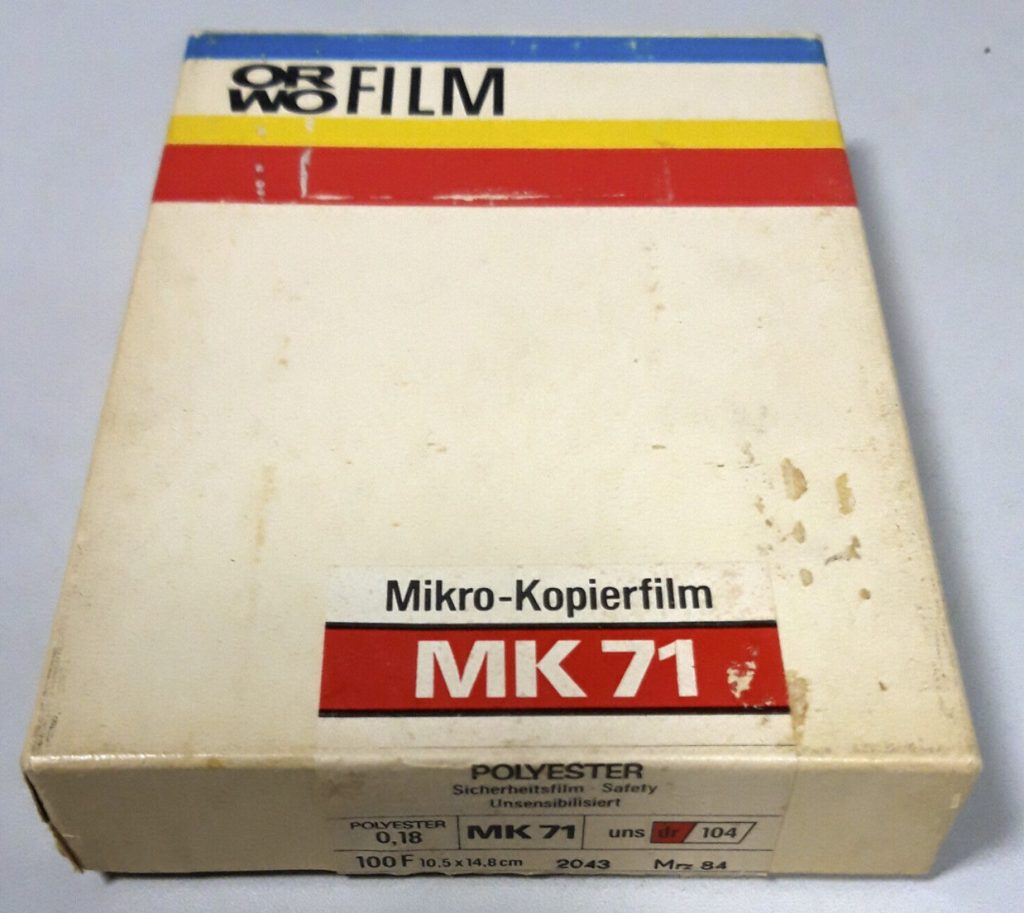 This particular box was best before March, 1984.

First, I opened the box to see emulsion side mark. And here is what I got: yellow, almost transparent sheet of film. 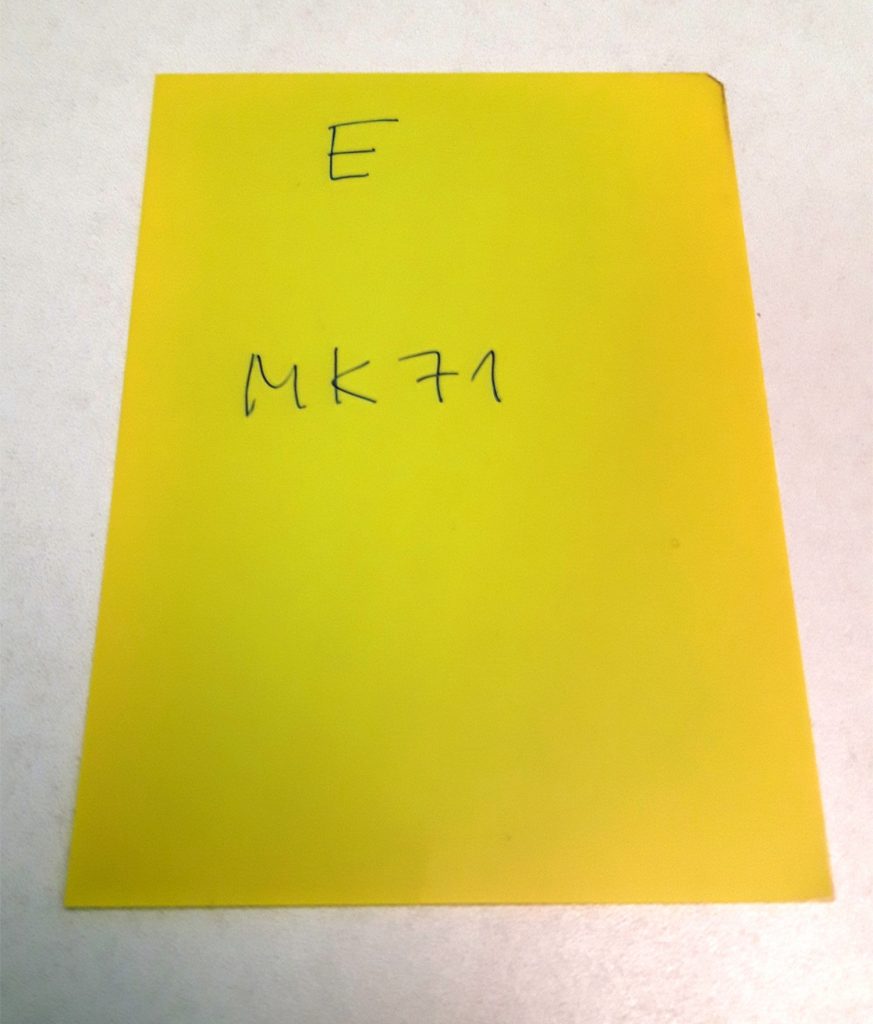 I had Kodak D-76 readily mixed, so I went for the bracketing test, a.k.a. the cardiogramme:

That, in my opinion, produces best results at ISO 3, or this is the 5th participant in the contest (from left to right).

Cut another 10 sheets of this film and went out to shoot them at ISO 3. 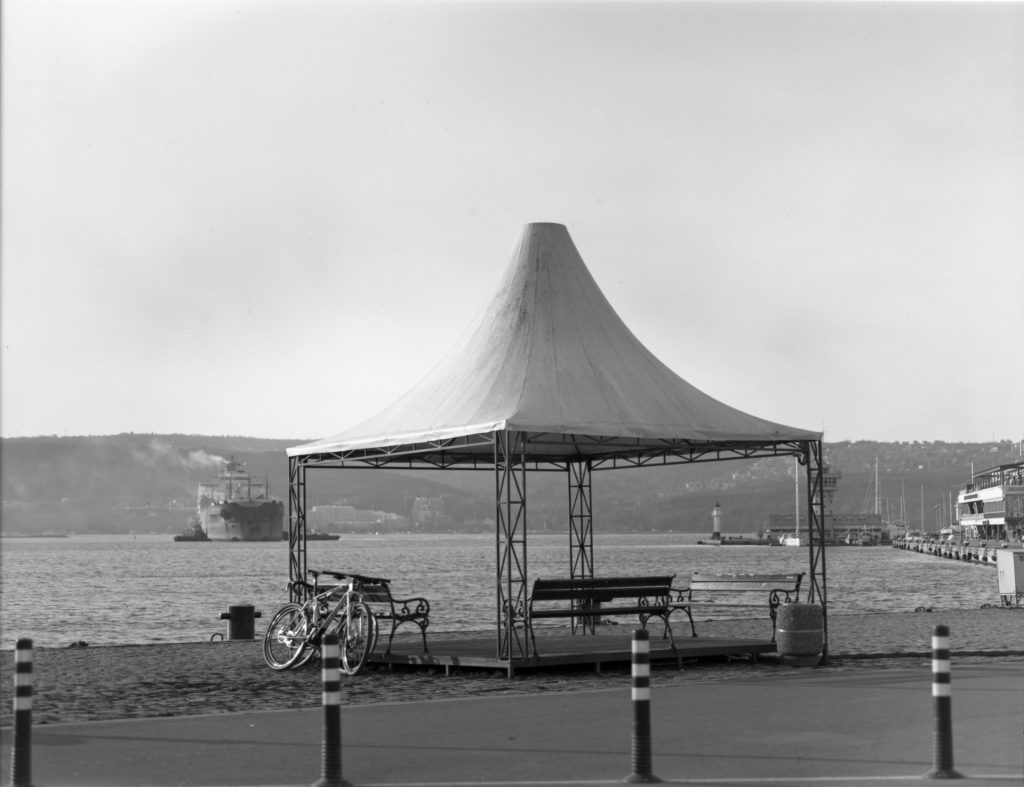 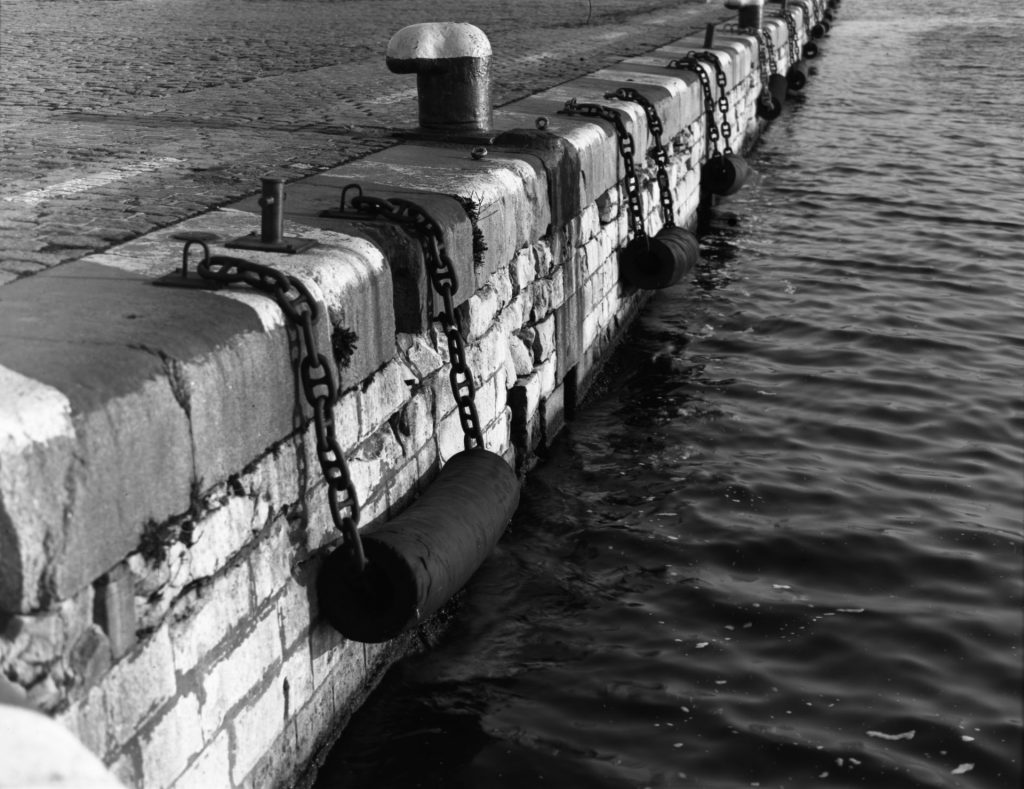 Mikro-Kopier film should have been used for some kind of archival of documents or similar facsimiles. What I know from other technical films is that that type of materials sports quite high contrast, with no interest in reproducing mid tones. If you by chance know this material and have technische daten — please ping me with them and I will publish ’em here. 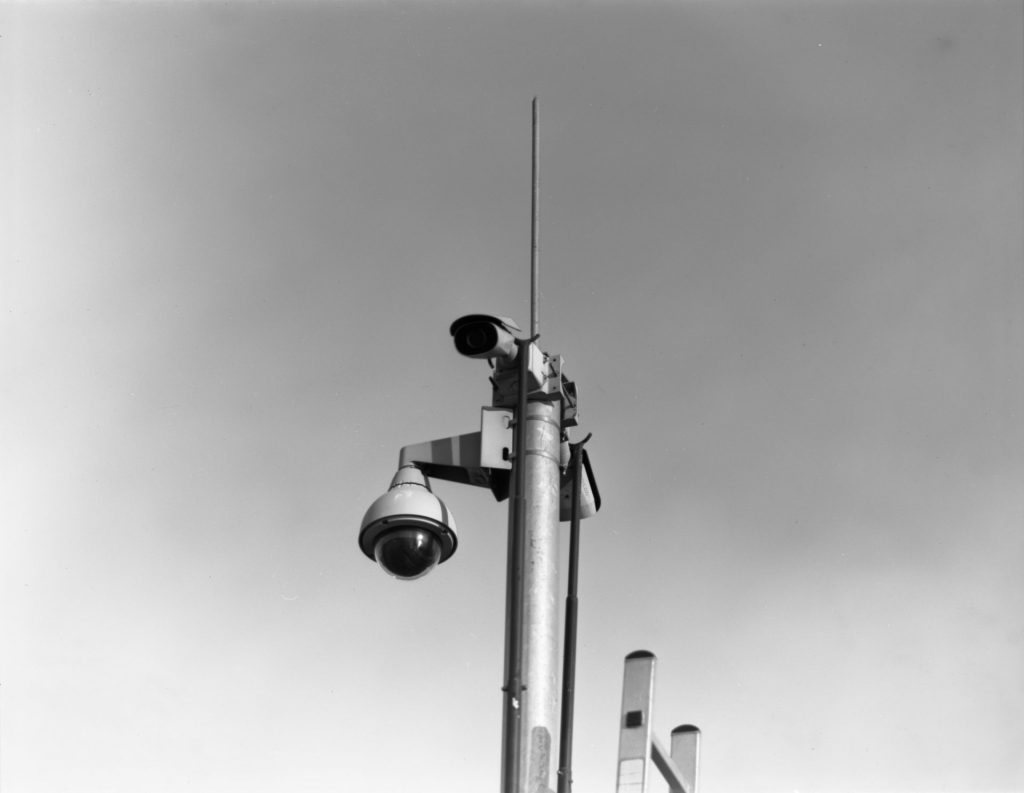 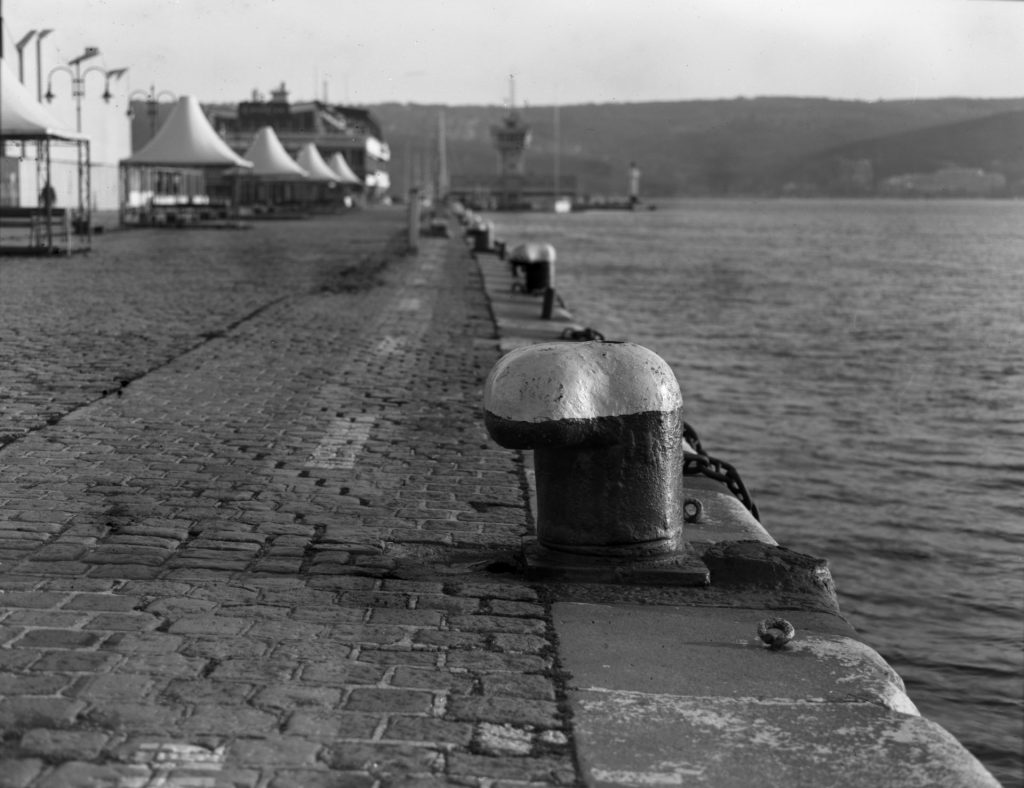 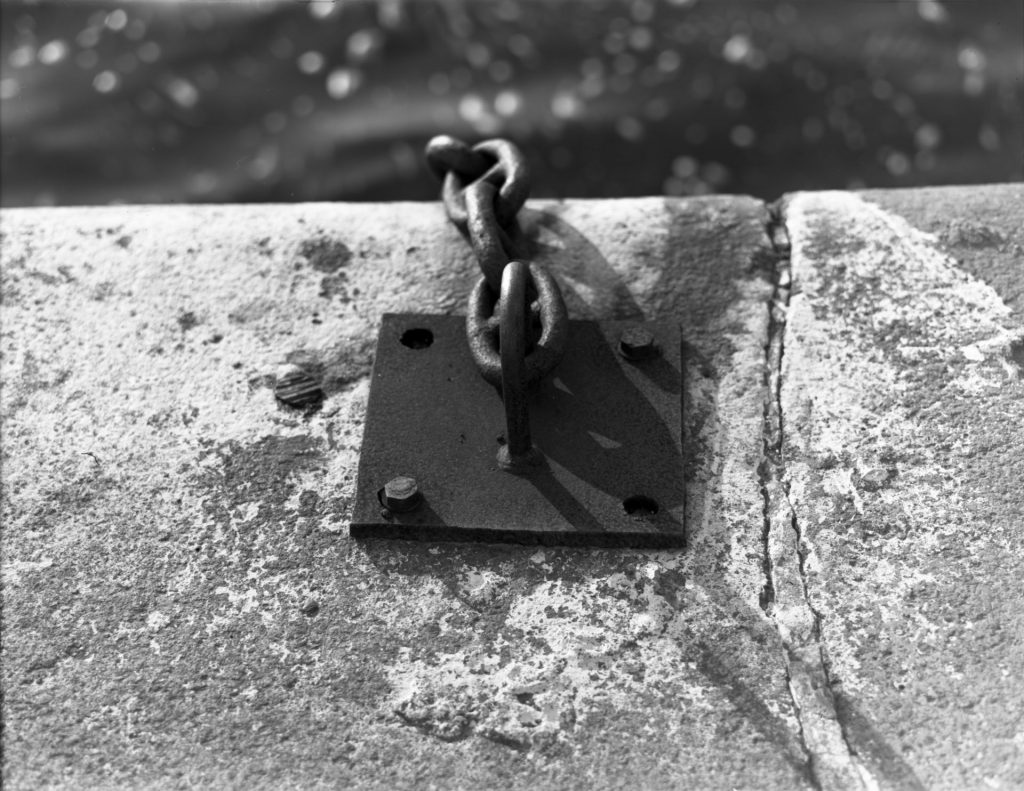 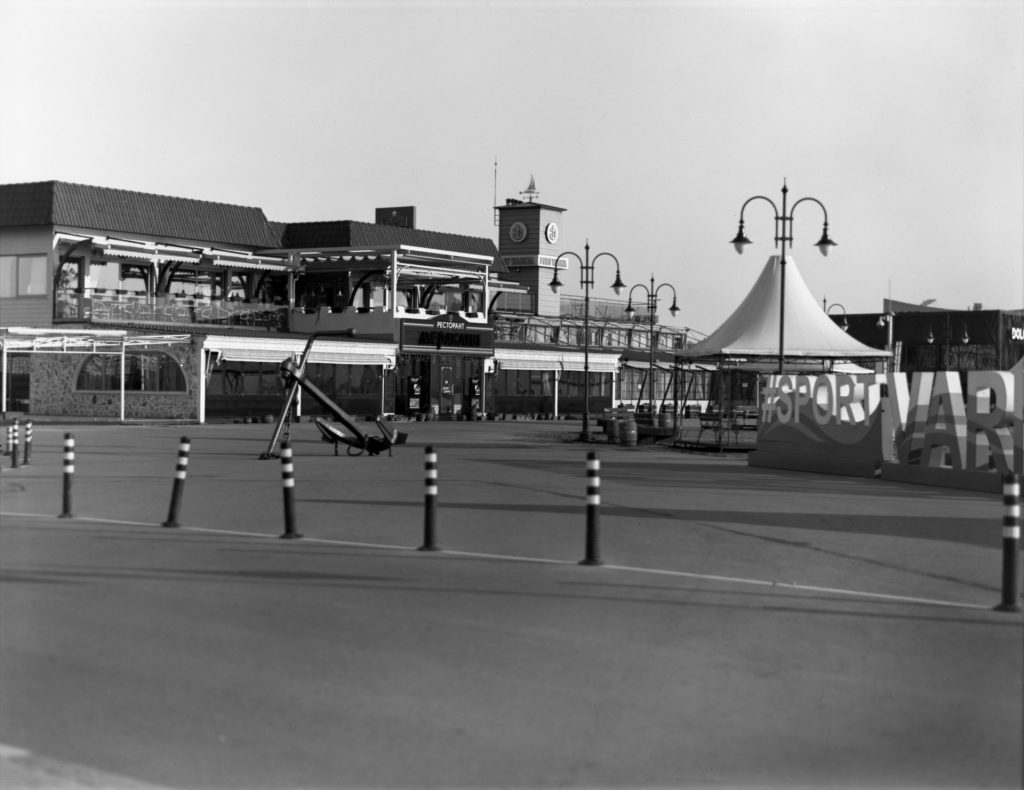 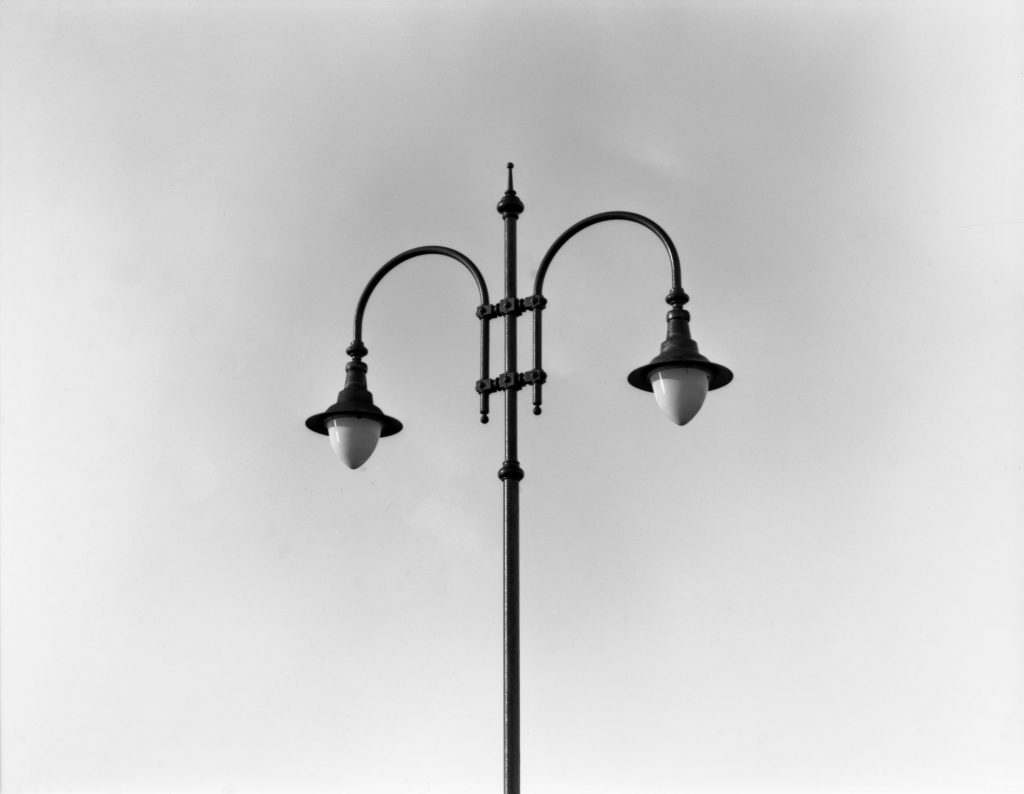 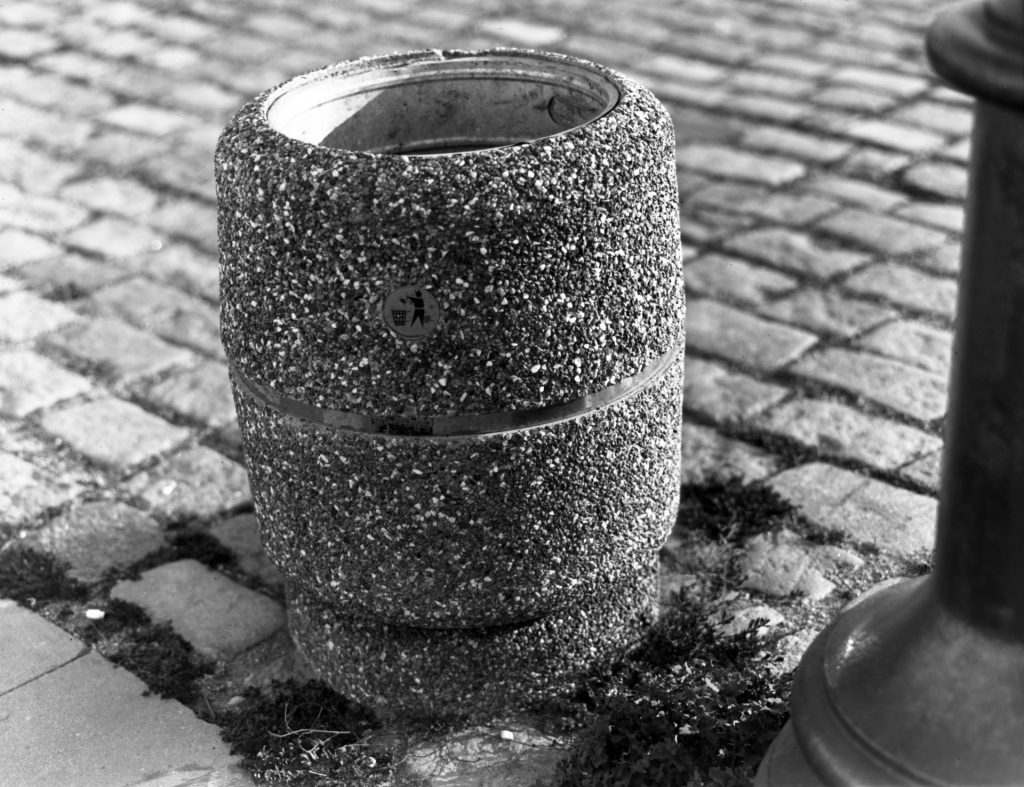 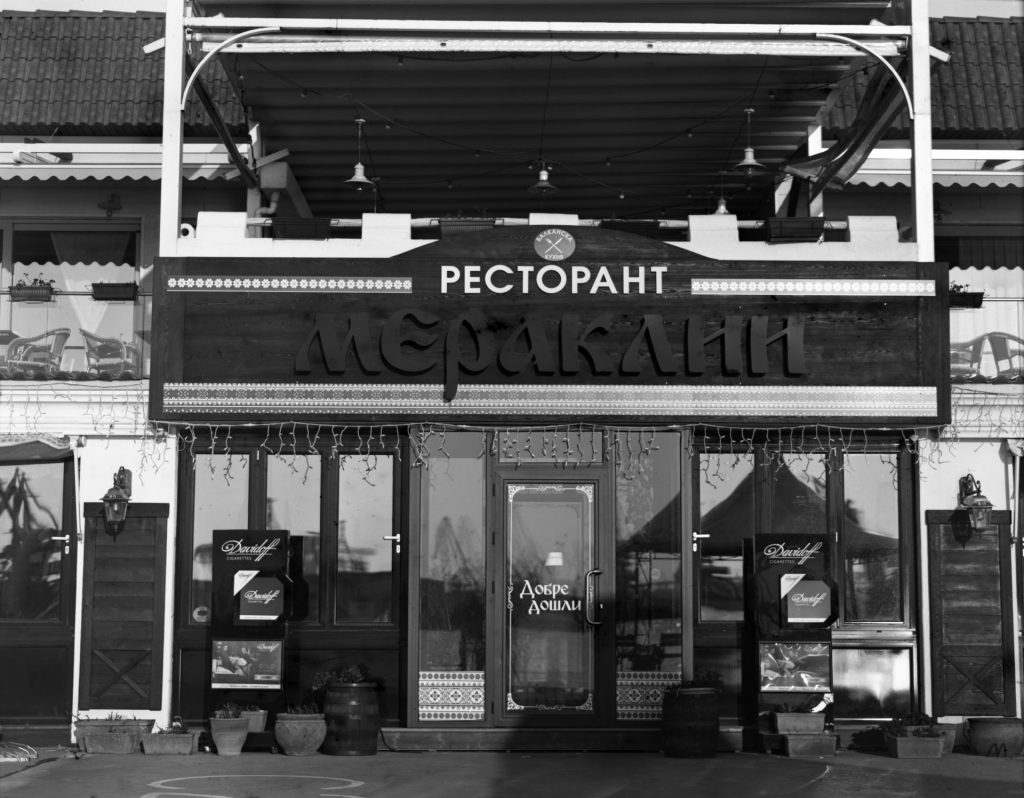 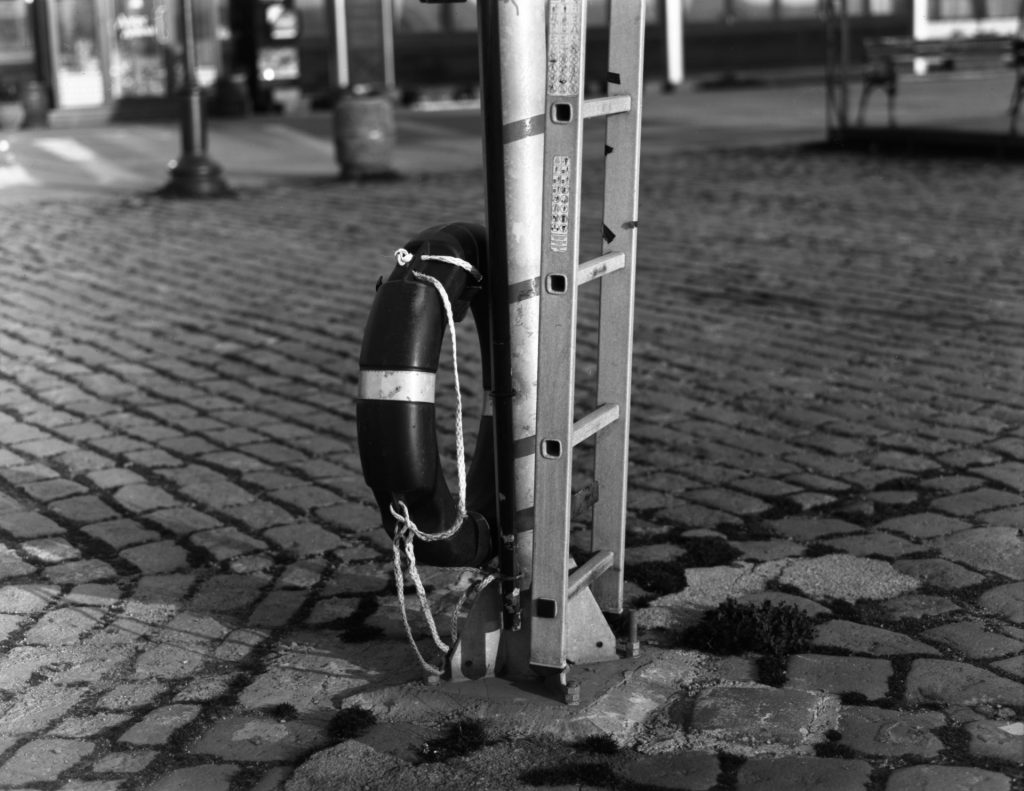 Hi!
Very useful article! I started to work with this negative with vintage lenses (where is no shutter and long exposure times, so low ISO negative is essetial). I shoot mine as EI 1,5 and developed it in Dektol 1+30, 6-8 min, 20*C, tray. I got very usable negatives but still too dense and contrasty. Please tell me what dilution of D-76 you used for developing MK-71? Stock, 1+1 or 1+3? It looks much better than mine.
Regards, Tom

Stock! Thank you so much for reply!

Hi. I just found hundrets boxes of ORWO MK-71 film with expiry date to 2027. If you want to buy some, just send mail to:
maksymilianstanczak@gmail.com.

will consider, thank you!