“There’s no sense to develop ORWO Chrom UT-21 in its original process nowadays.”
—Person who’s about to be proven extremely wrong.

Here is a throwback to the ’80s, when this film was in steady production from ORWO to satisfy color aesthetic needs of those who had no access to Kodachrome (wink-wink). Manufactured in German Democratic Republic (a.k.a. East Germany) this film was not easily available even in the Soviet bloc countries. Even if you pull some connections to get a pack of rolls, the quality was so “variable” that photographers used to record the serial numbers of good batches and shared this information between themselves to avoid wasting hours only to get shifted colors.

But the good batches produced dense, vibrant colors, fine grain and filmtastic mementos. Here is a picture of me, taken by my father circa 1982 on ORWO Chrom UT-21 with his old Smena 8M. 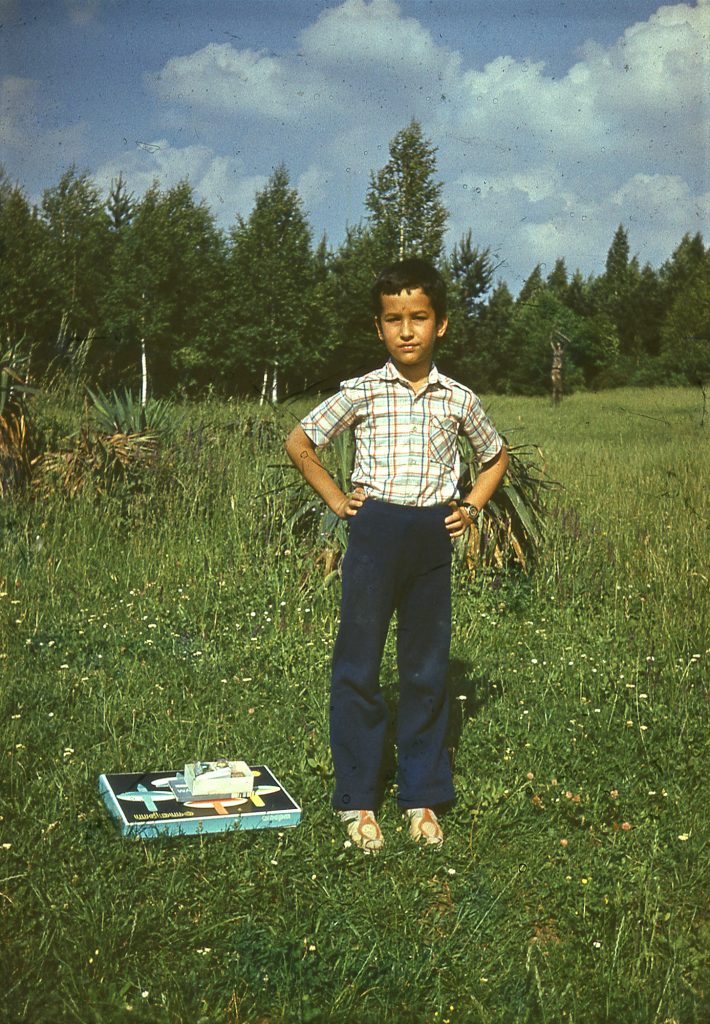 A lot happens in 30 years, if you look at my portrait now and then.

Other examples from this time you may find on LostBulgaria.com website — most of the color images there have been, I suspect, captured on ORWO UT-18 or similar films. Here are some examples from Sunny Beach resort. (all rights belong to lostbulgaria.com)

This film original developing process is ORWO C-9165. I have described it here with it processing steps, together with my experience with ORWO UT-18 here.  Now let me show you some examples of UT-21, all of these shot and developed between 2015 and 2018. 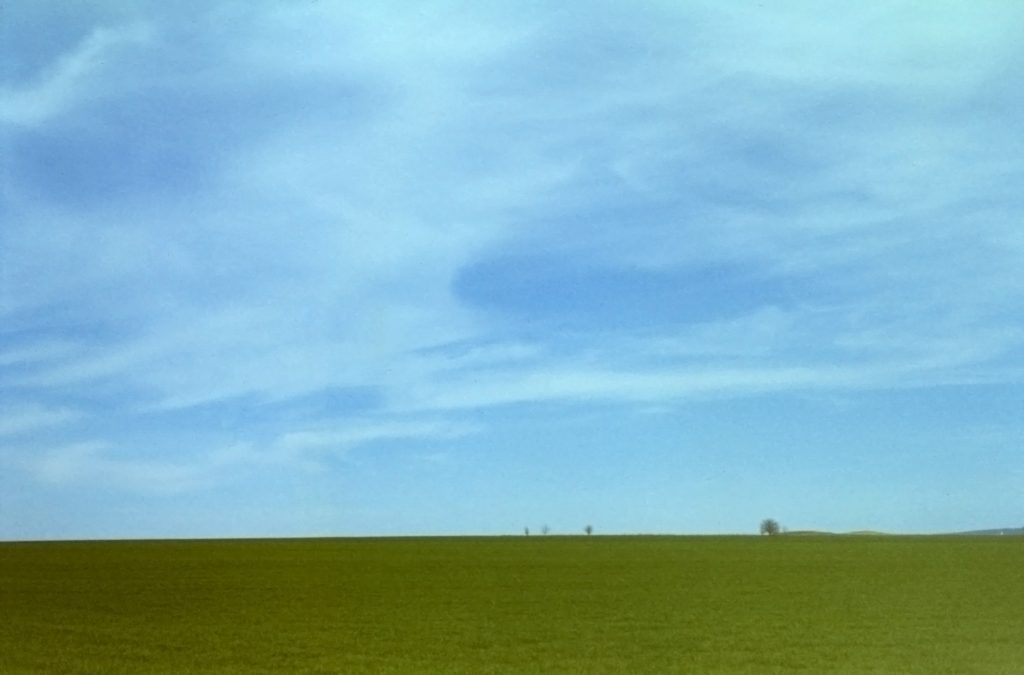 This is one of my first rolls of ORWO UT-21 I shot and developed. I had no idea what to expect from the film, had a number of tests and disappointments, but at the end got the process fine-tuned and continue shooting this film even nowadays. 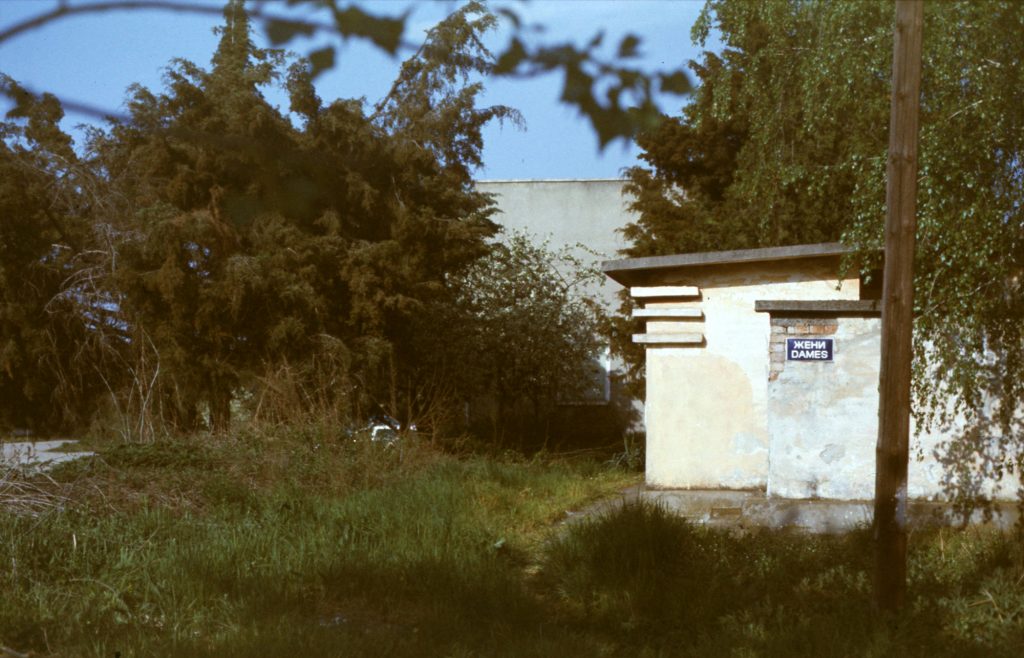 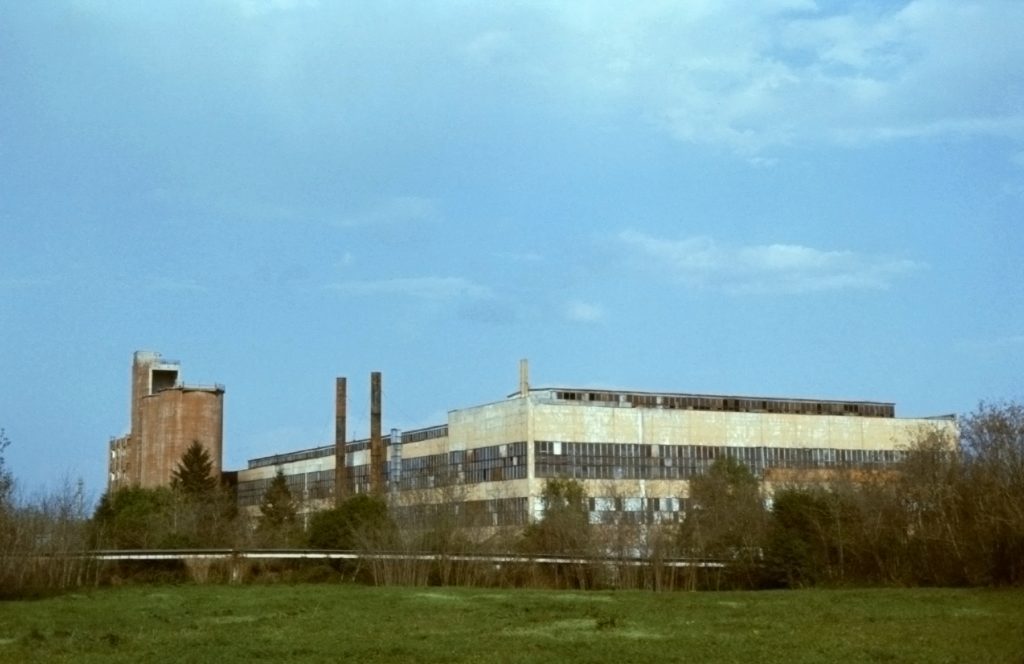 This particular roll produced colors similar to my portrait from the ’80s, though I find them not as sharp as I would like. But quality of these rolls vary, just as in the past, and from time to time I get lucky with nice tones and sharp results. 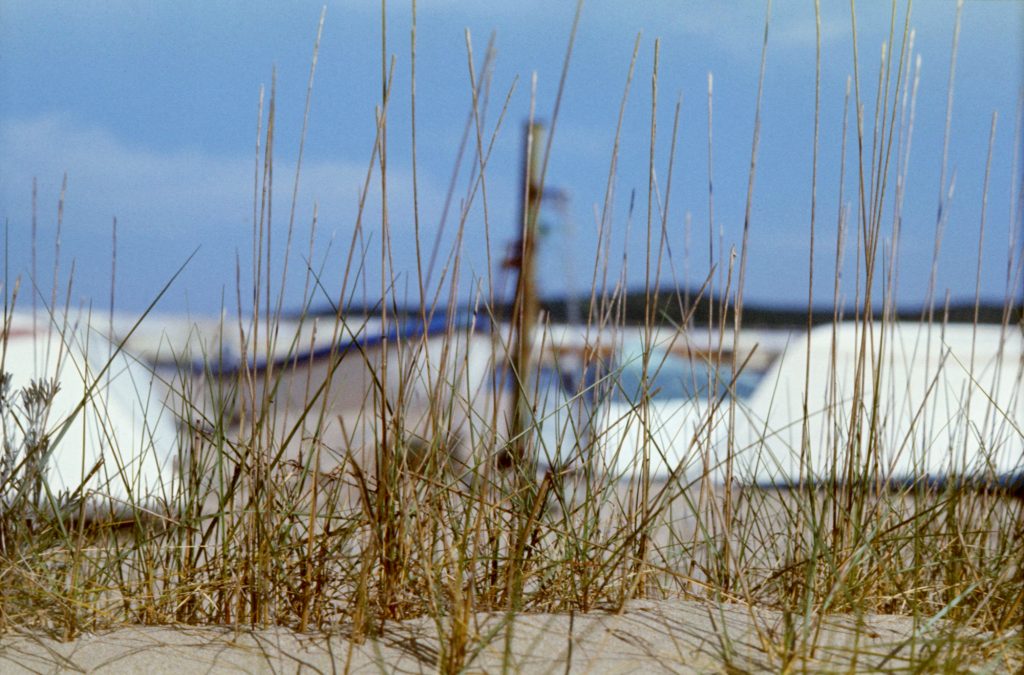 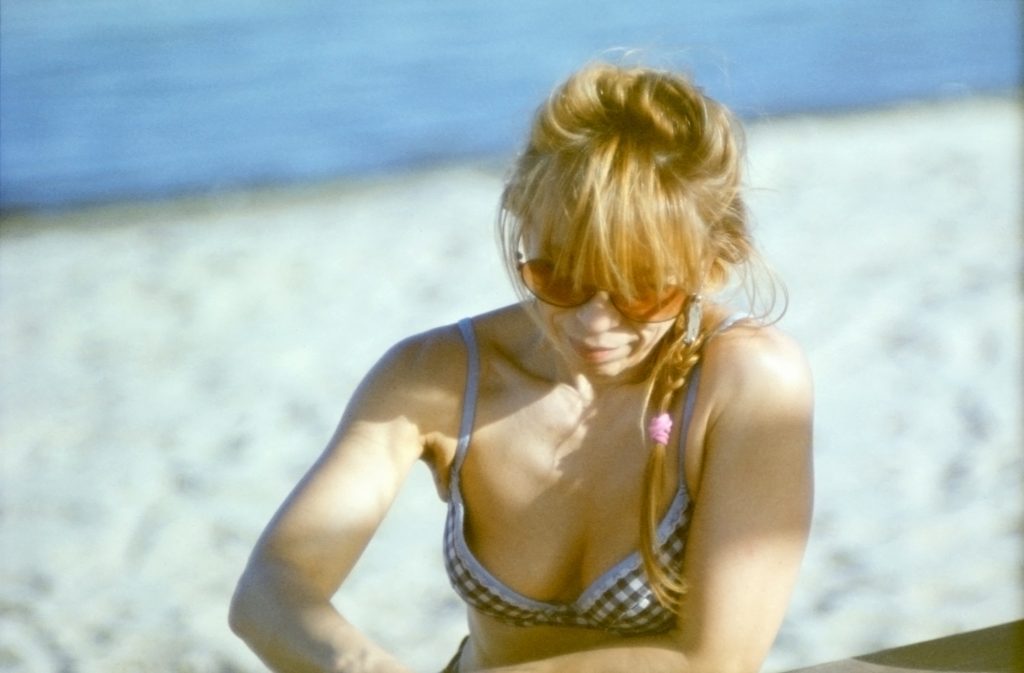 To avoid foggy edges I add benzotriazole to the first, black and white developer. In some cases I find the fog to even enhance the outlook and emotion of the photograph. 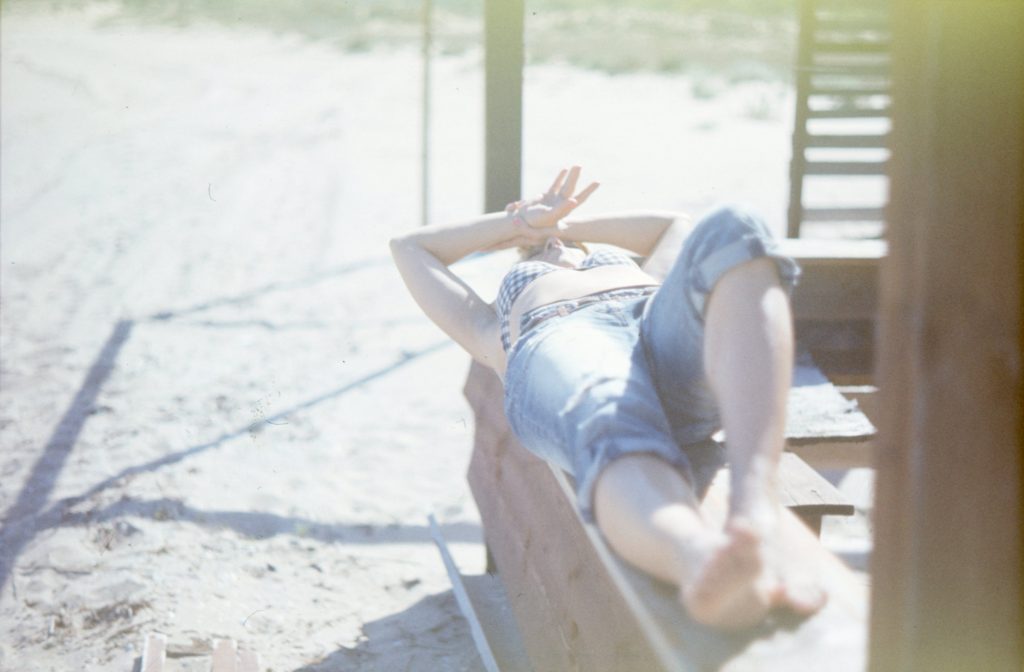 Color shifts are also inevitable with such old material that has been travelling these 30+ years on unknown circuits before its wedding with C-9165. 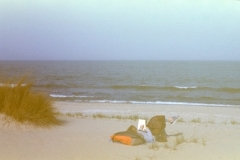 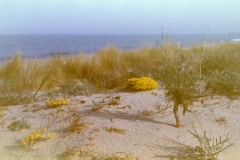 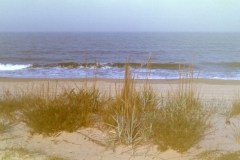 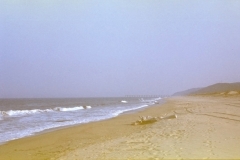 I have explained main mistakes with ORWO C-9165 in a post here. If you plan to play with ORWO UT-21 have in mind these. 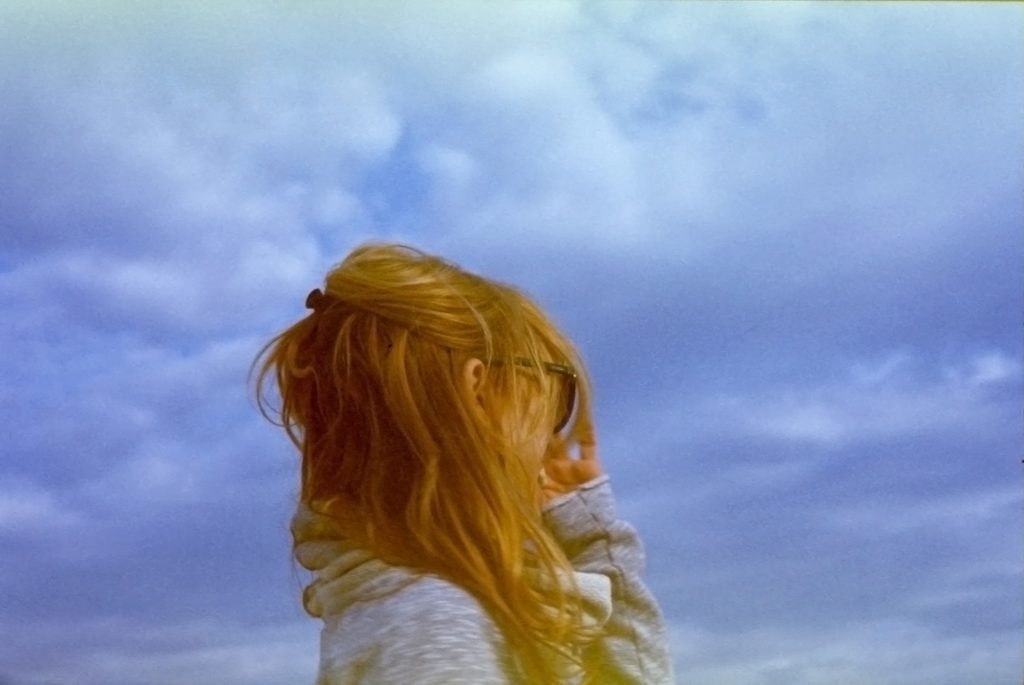 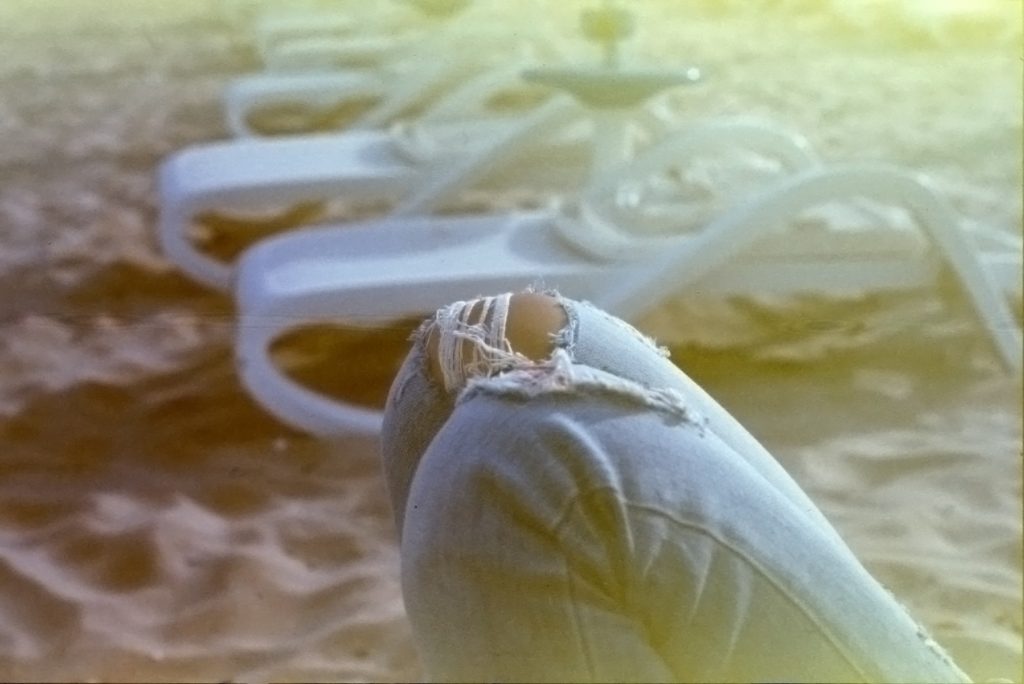 Below images are not extreme long exposures, but intentional camera movements. I could not find reciprocity failure information about this film and given its unpredictable and non-repetitive performance I did not attempt very long exposures. 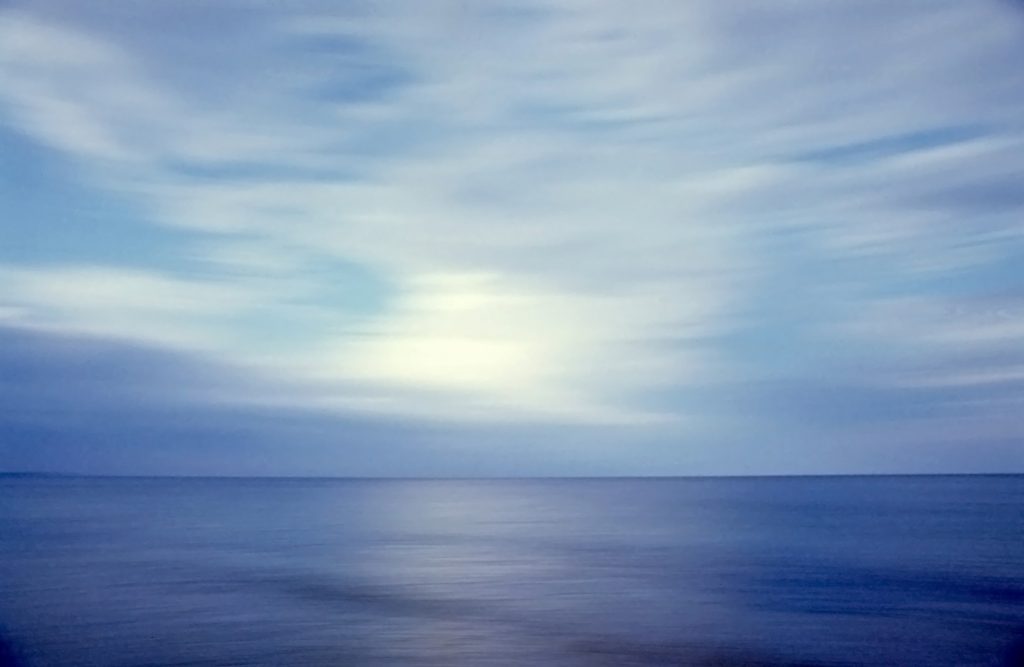 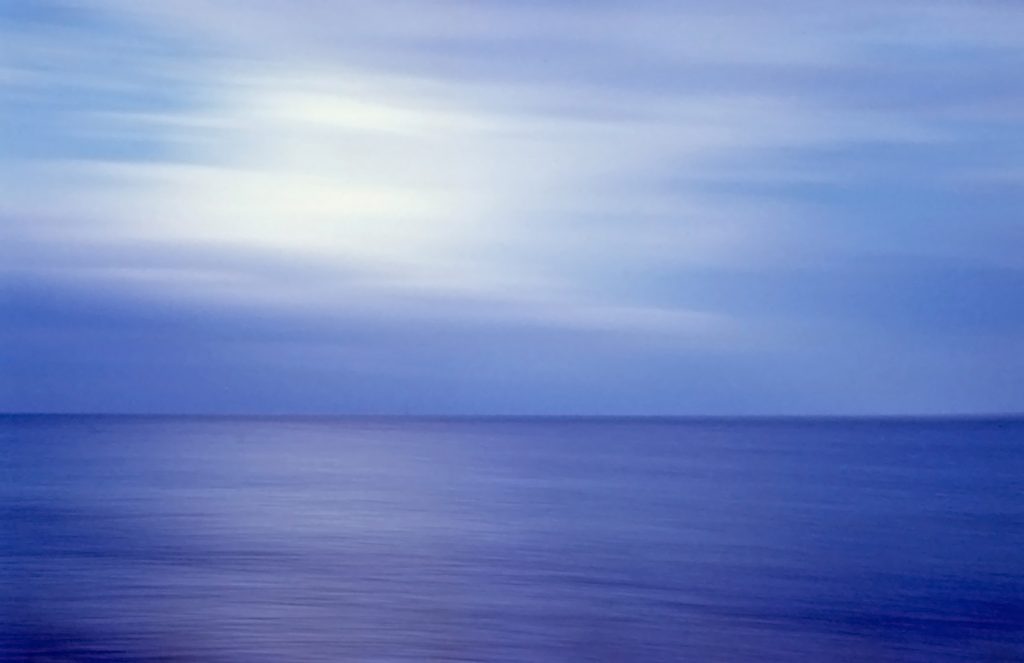 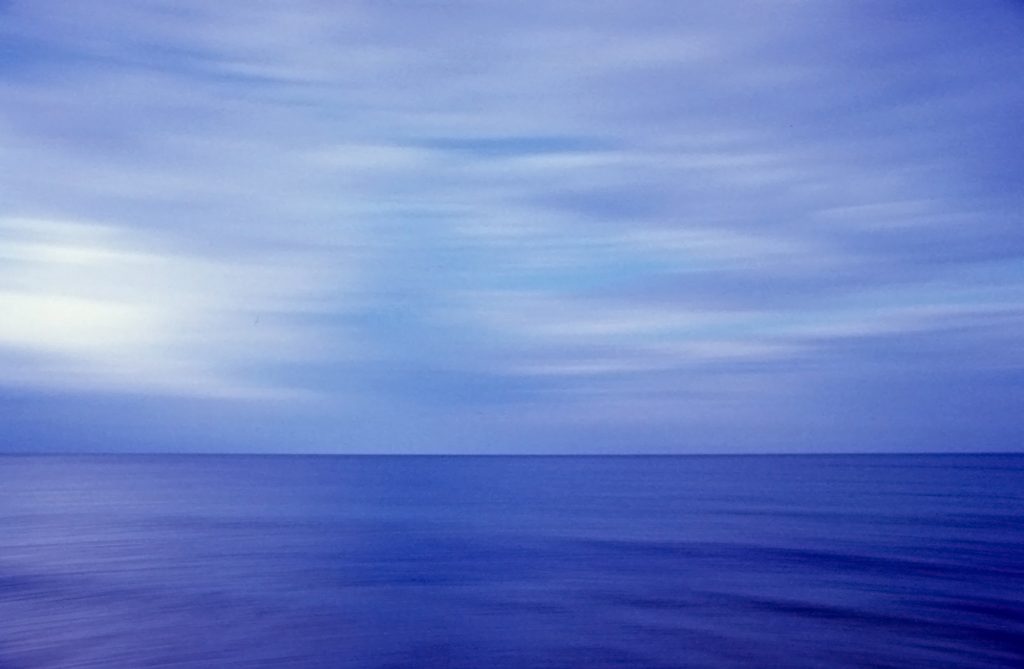 All these have been captured with Minolta X-300, 50mm and 28mm lenses. 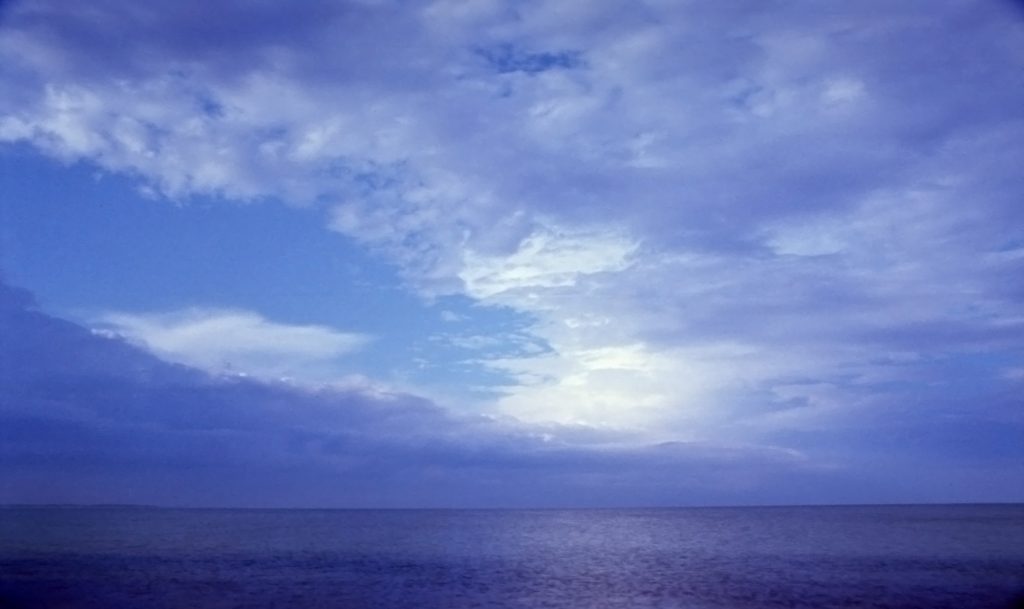 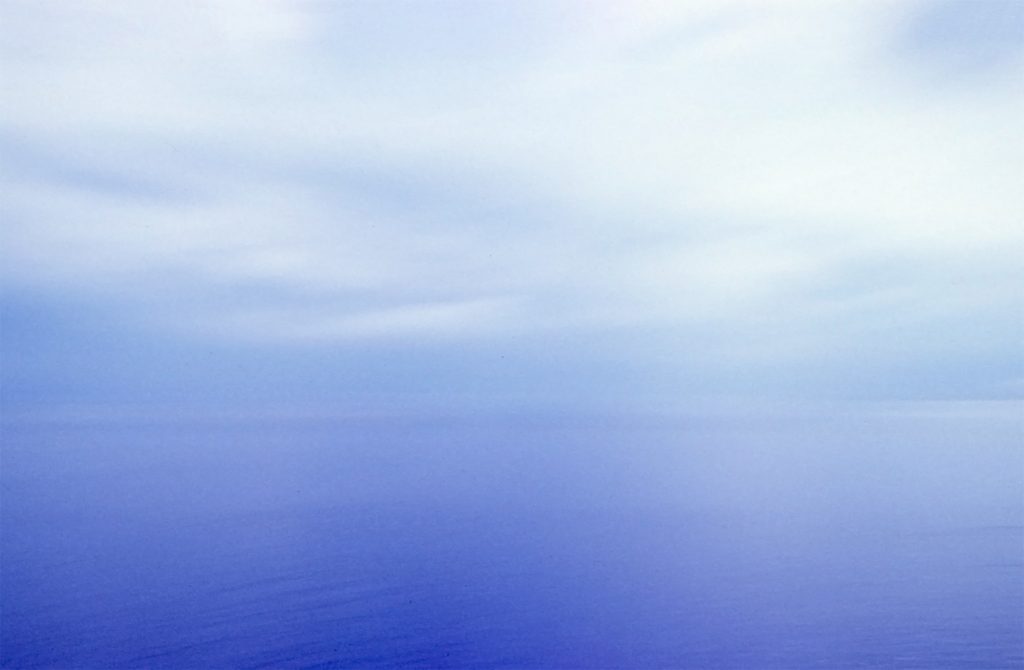 Besides ORWO C-9165, you may try carefully to cross process this film. Here are examples of ORWO UT-21 in Agfa Process 41. I have described this process here. 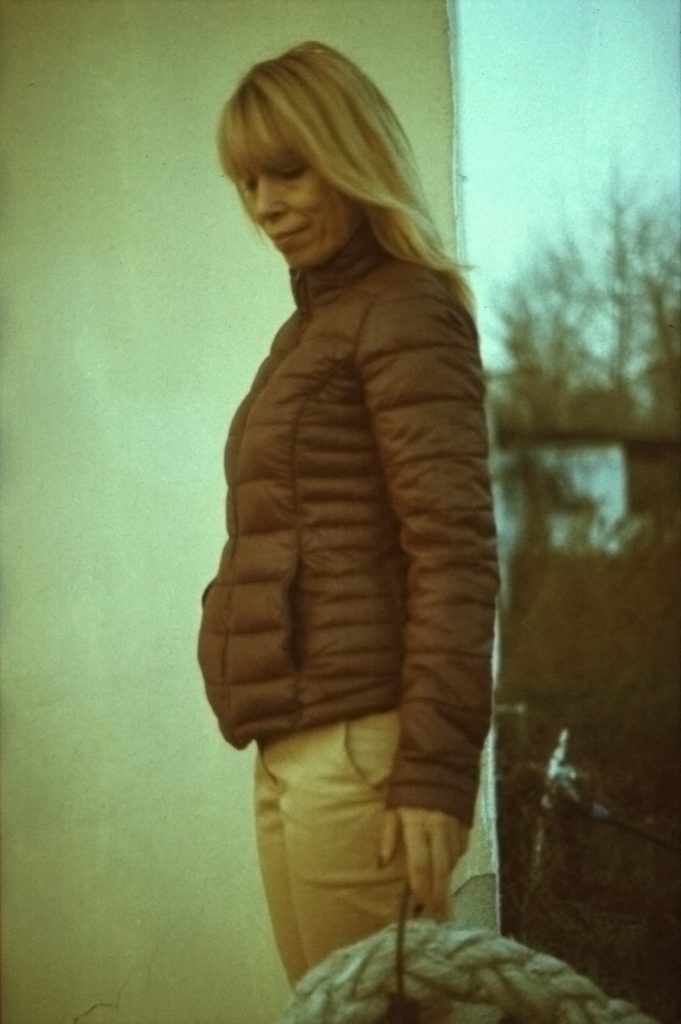 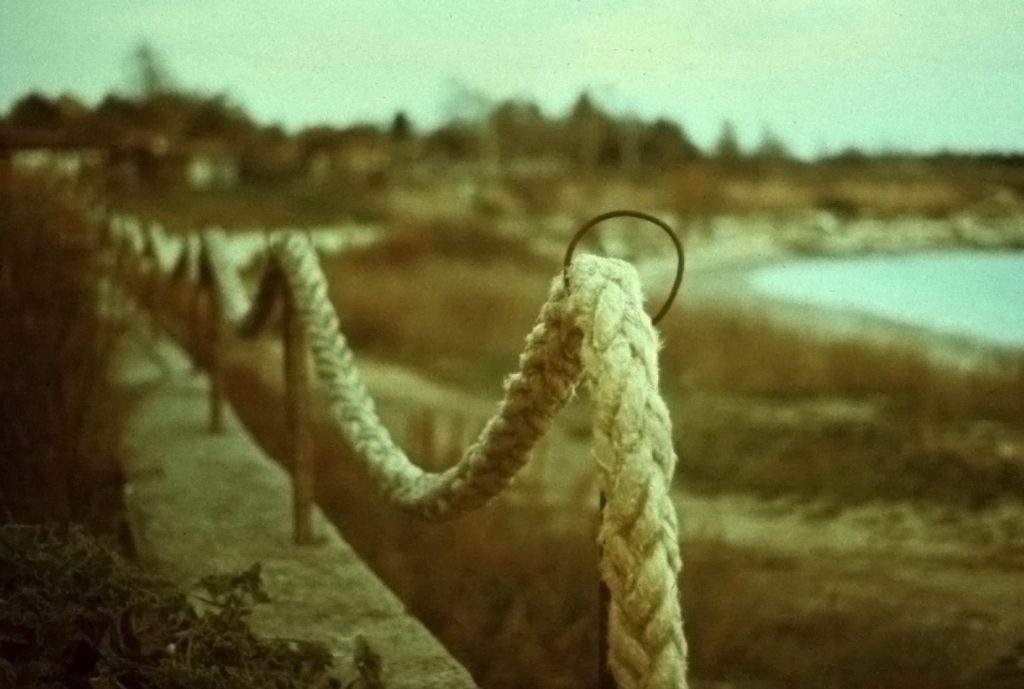 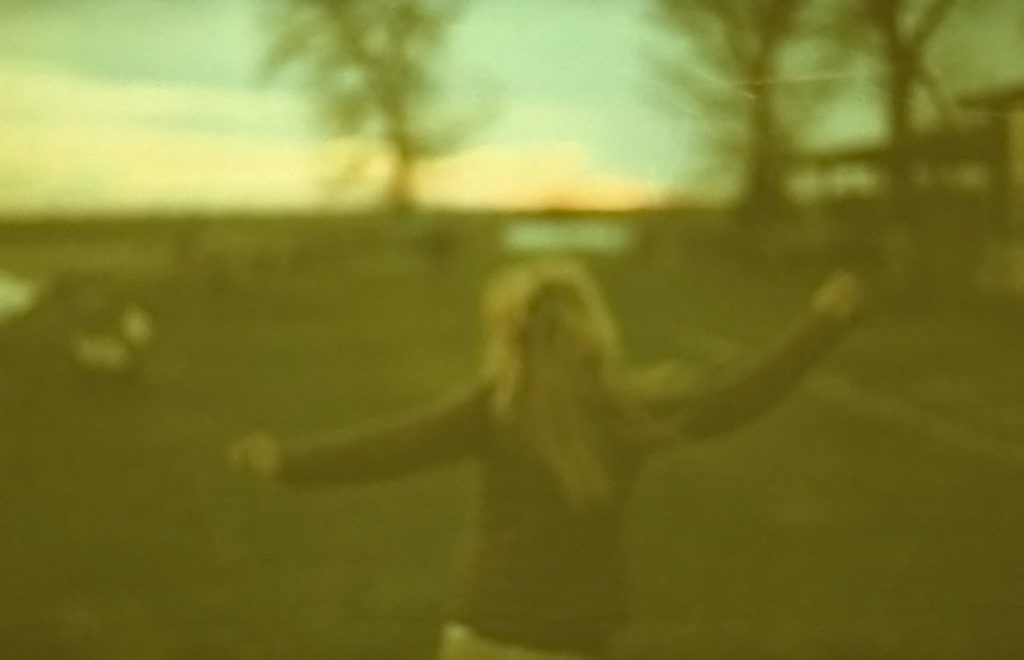 Another cross processing attempt was in ORWO C-5168. This is old color negative processing instruction that I have described here. Below image is one of the results. 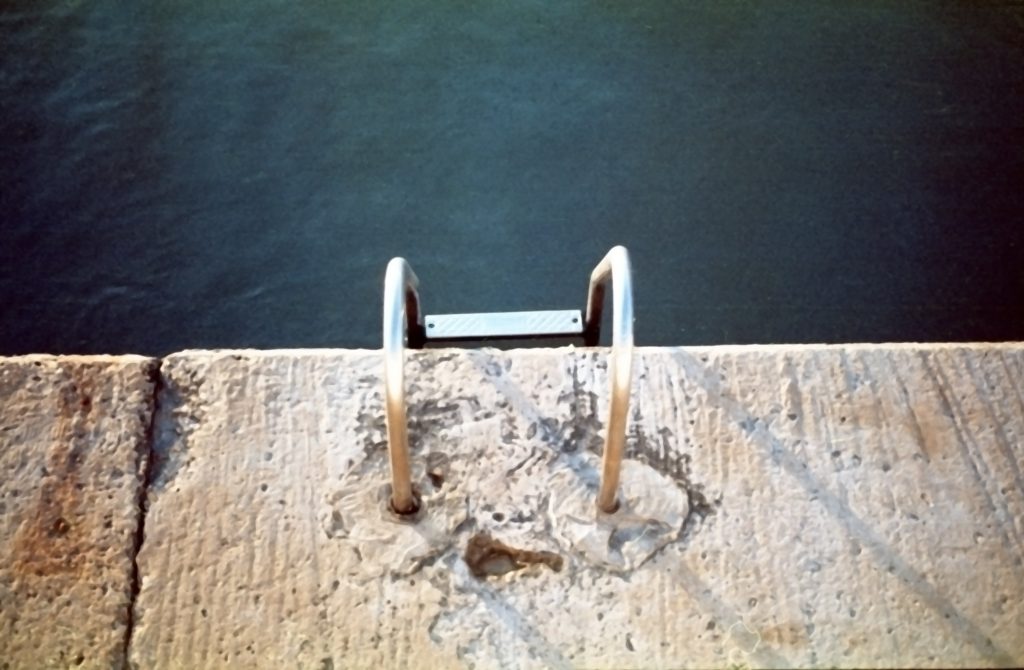 ORWO UT-21 in ORWO C-5168, processed and scanned as negative

As a conclusion: you can develop ORWO UT-21 nowadays in its original chemistry and that is the good news. The better news is — the film is still available online.

fantastic post, love this stuff. would you consider selling c-9165 and c-5168 developer kits? do you mix them from scratch yourself?

I will check what chemicals I have left and revert to you via e-mail next few days.

Hello, would you be willing to develop one roll of ut-21 for me in the original process?
Thanks for the awesome post!

Would be glad to, but not sure if I will have all chemicals to mix the baths. How urgently would you need the film developed?

Hey Vesselin, great to know, otherwise I’m not in a rush to get it developed. If you want send me an email I can contact you and I’ll check with you in January ? Or just contact me when you have all the chems and I’ll send you the roll? Thank you!

Just shot you an email. Thank you.

This were the days my friend,
We thought they never end,

Fascinating introduction to this film for me. Thx

I also have a roll of UT-21 I would like developed.

Do you think there is a way to get them developed?

There is a way, if you have the chemicals to prepare ORWO C-9165 development kit. I have seen such kits available on eBay, prepared with fresh chemicals.

Otherwise, you will need to go for cross processing, but having in mind the age of these rolls I am not very optimistic about the results.

Please let me know if I can help you further.

Thanks so much for your reply. I do not have a dark room, nor the tools to develop film. However, there is a good analog photography studio where I live. If I give him your formula, he should be able to make a try, yes??

Of course, if he is willing to mix the baths.

Hi there ! Just found an expired orwo chrome UT21 35mm… I was wandering how low is the ISO of the film roll actually ? ..and I know you don’t recommend it, but I read someone processed it with C41 on temp below 25°C and had decent result..but what about development time? how many mins? … I think that person mentioned 45 mins / 1 hour but I don’t know if it was referring to the all process or to each step ( dev, bleach, fix…) ..could you help with that please? thanks 🙂
Stella x

The roll originally had ISO 100. Depending on how it was stored during the years it actually got some “exposure” on the emulsion due to heat, radiation, etc. In this case you are doing something similar to “double exposure” photography. So if you overexpose (go for a lower ISO) you will get faint colors and low contrast. If stored properly, the “first exposure” shall be minimum.

But in case you would like to cross develop the film in C-41, I would advise to overexpose by two stops, or similar. I personally do not have experience with this film in C-41, but 45 minutes looks a way too much. What you can do is cut your exposed film in 3 or 4 parts and apply different times for the color developer. After the first part is developed, you may adjust your times further according to the results.

And remember, this film is so old and nobody may guarantee good results.

Hi Vessein,
thank you so much for your quick reply and your tips. I will load now and shoot 🙂
About the dev time …good idea to cut and test but any idea on how long shall I start processing for? I mean any info on minimum developing time with this film type ? Thanks again,
Stella x