How to develop your film with saffron

Is it possible to develop a photographic film with saffron? — asked me a friend once.

Hold my lightmeter and let me check. 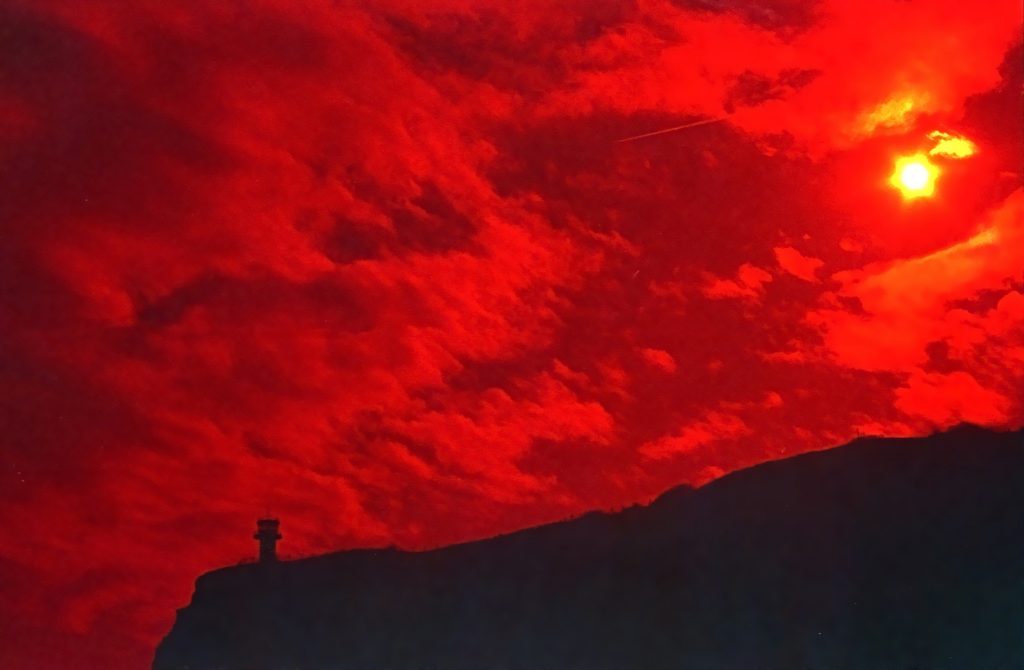 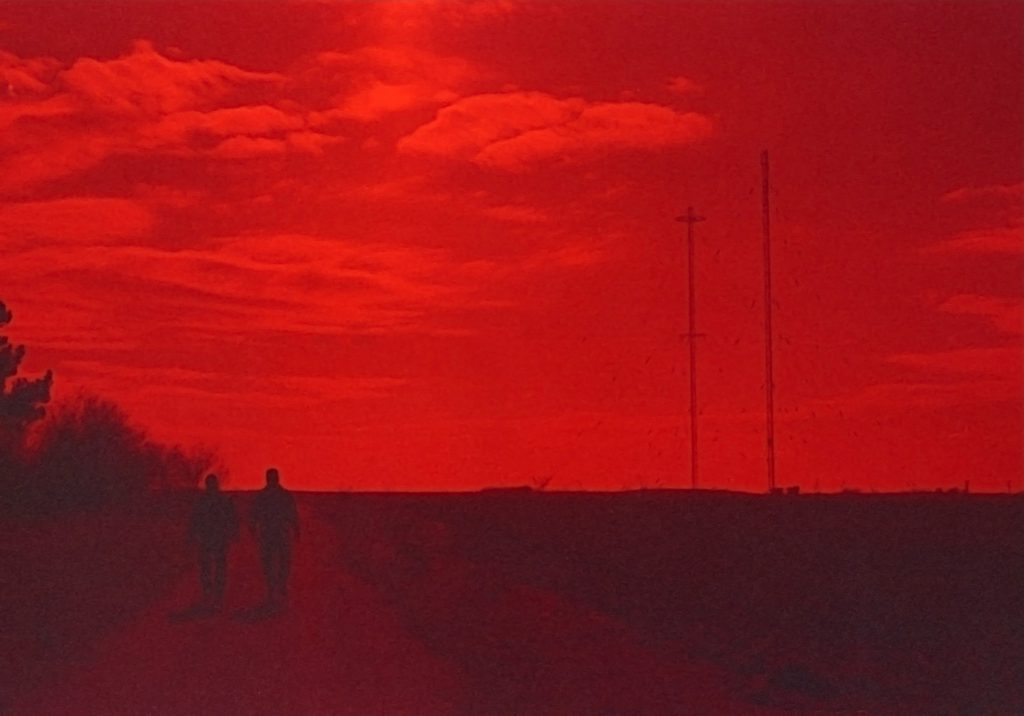 The spice saffron is derived from “saffron crocus”. It is among the most costly spices by weight — its price varies mainly due to quality, but ranges between 4 – 5,000 US Dollars per kg are common.[source]

Saffron’s origin is believed to be Iran. Other possible regions of origin are Greece and Mesopotamia.[source] 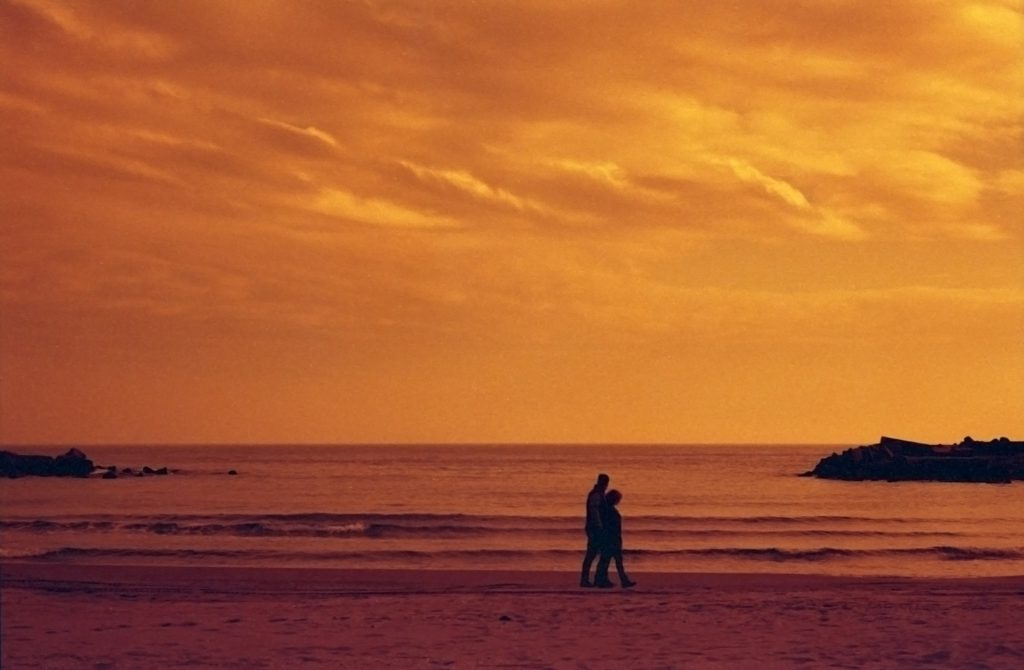 Saffron is made of more than 150 compounds and many active components, like carotenoids, various α- and β- carotenes. Its specific color is due to α-crocin. Saffron owes its specific flavor to picrocrocin, or 4-(β-D-glucopyranosyloxy)-2,6,6-trimethylcyclohex-1-ene-1-carboxaldehyde (nice name, ah!), which may be up to 4% of dry substance. [source] 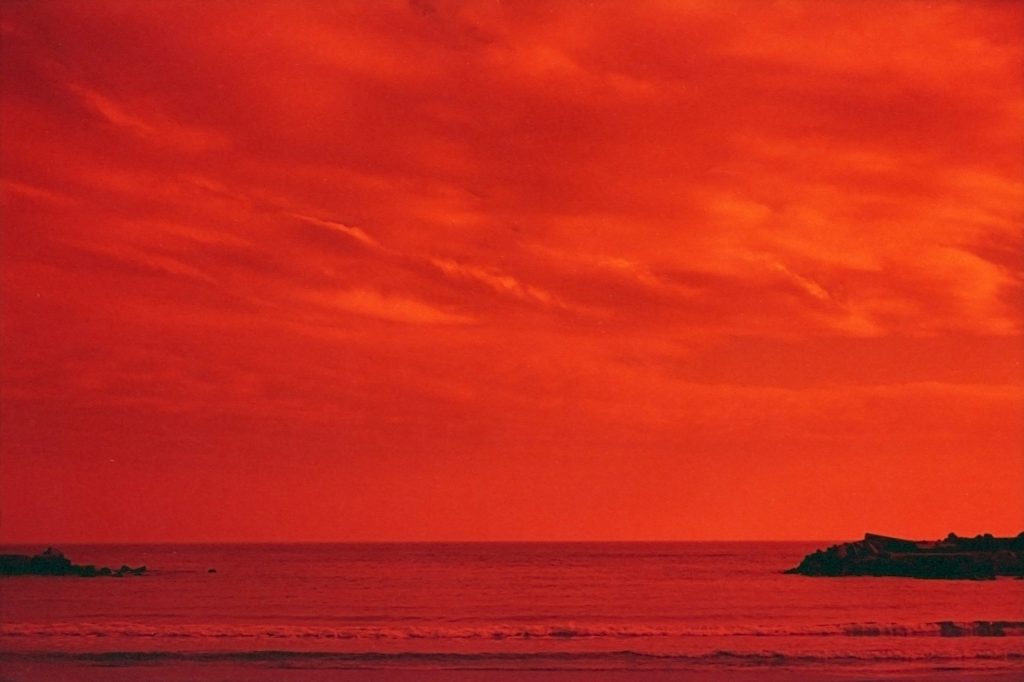 When saffron is dried, the heat, combined with enzymatic action, splits picrocrocin to yield D–glucose and a free safranal molecule. Safranal, a volatile oil, gives saffron much of its distinctive aroma. [source]

The different types if saffron are graded by their quality in terms of crocin (color), picrocrocin (taste) and saffranal (aroma). Saffron has its ISO standard — ISO 3632. [source] 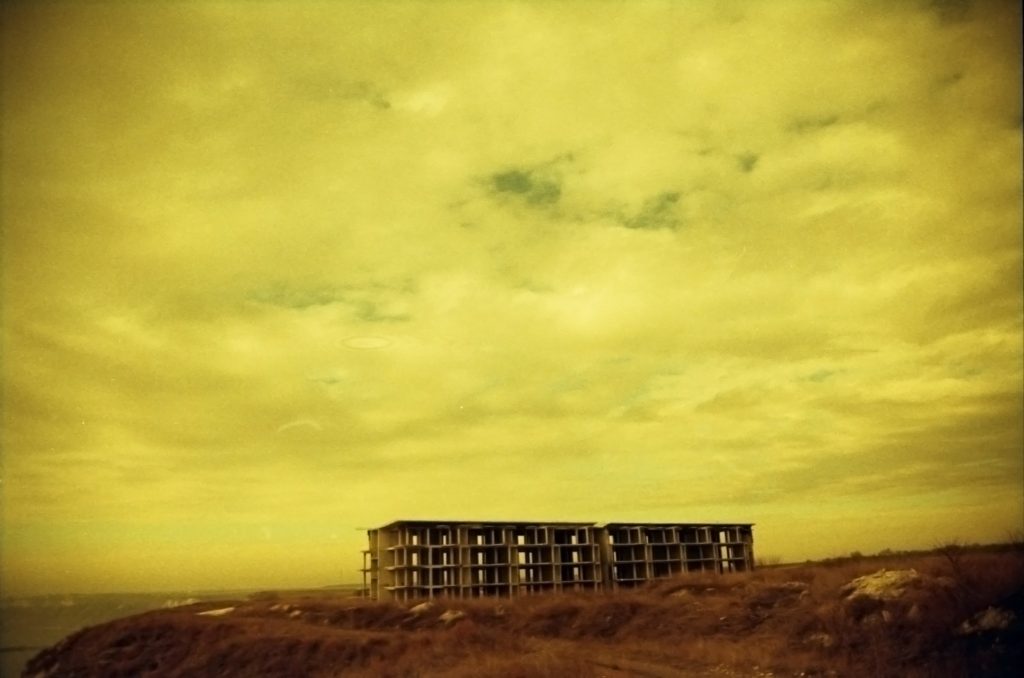 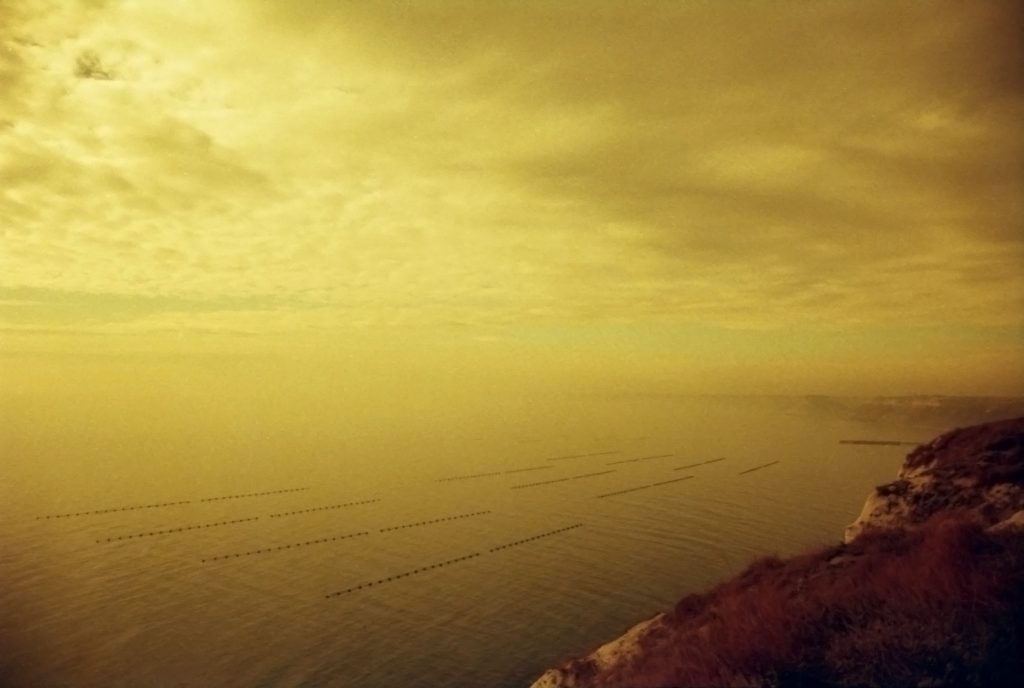 Saffron is indeed an interesting substance. But from what I have learnt, developing film with it would call for more than conventional magic.

So in the search of saffron’s natural yellow-gold-orange colors, I flipped few films and went out to redscale. A bummer plot twist. 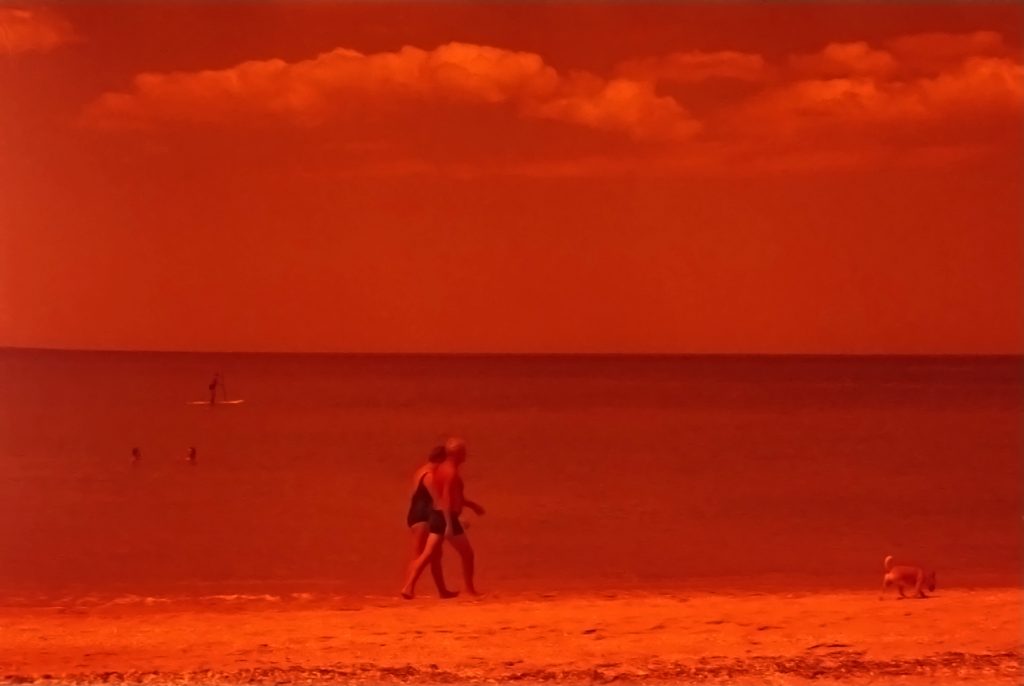 Redscale photography is when you invert your film in the cassette and shoot it so that the light reaches the emulsion from the back of the film (base), not from the front door, so to speak. As red-sensitive layer is the first, if you count from the base, it gets most of the light. Then come green-, yellow- and blue-sensitive layers. Controlling the E.I., you may get very red image (higher ISO reading, close to the box speed = less light after the red layer), orange (lower ISO than the box speed), or yellow-green tones (even lower ISO). For such experiments you shall lower speed by factors of 2x, 4x or even 8x. 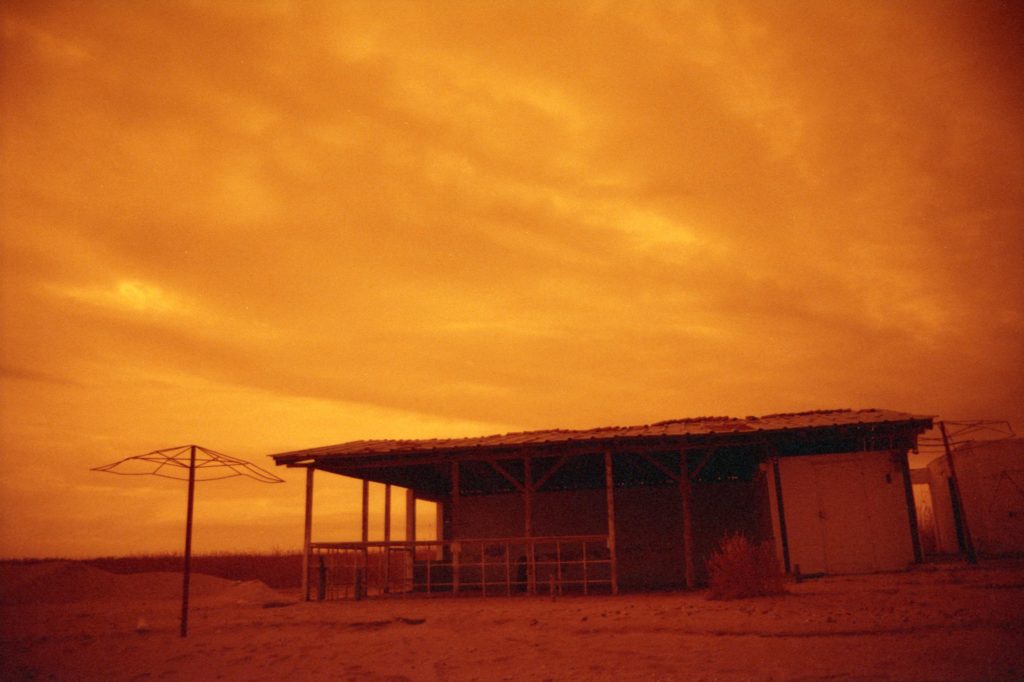 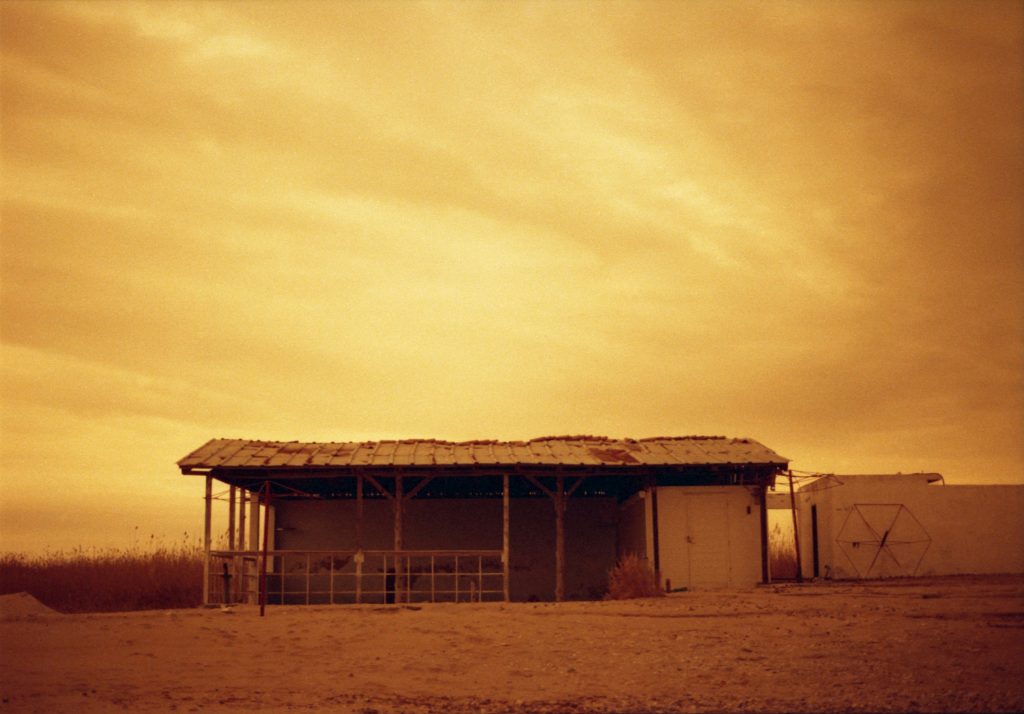 Shooting a boring scene in redscale will not make it less boring, at least not for a long gaze. Though observer’s eye may be quickly tricked and mind left wondering whereinto all natural colors faded, one soon gets used to the palette and criticism slowly creeps back in. But let’s just ride this feeling out together with my examples. 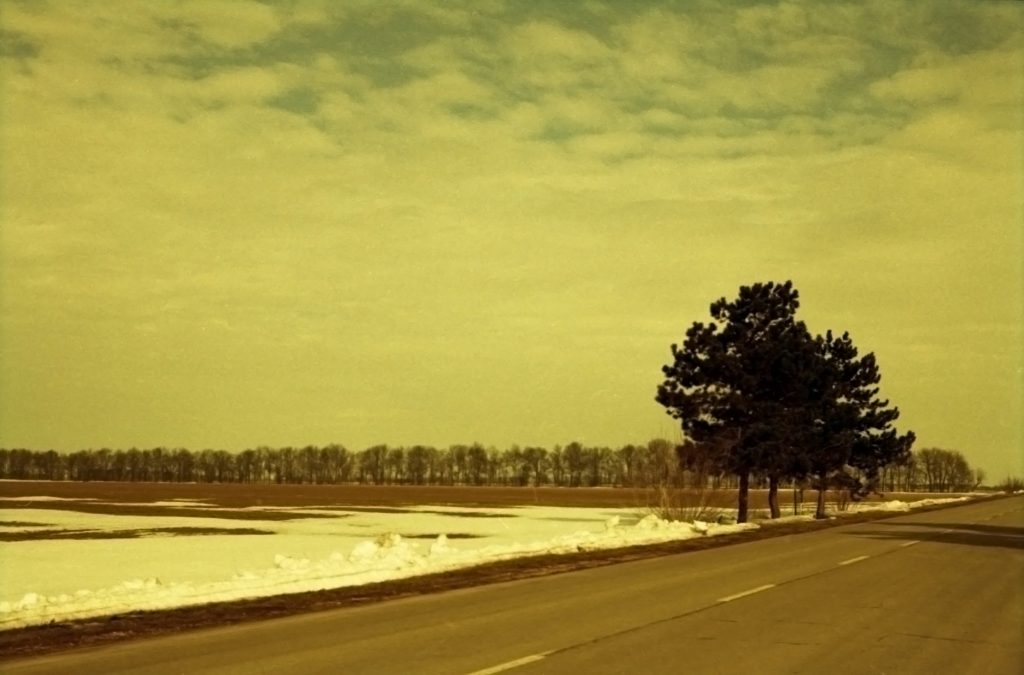 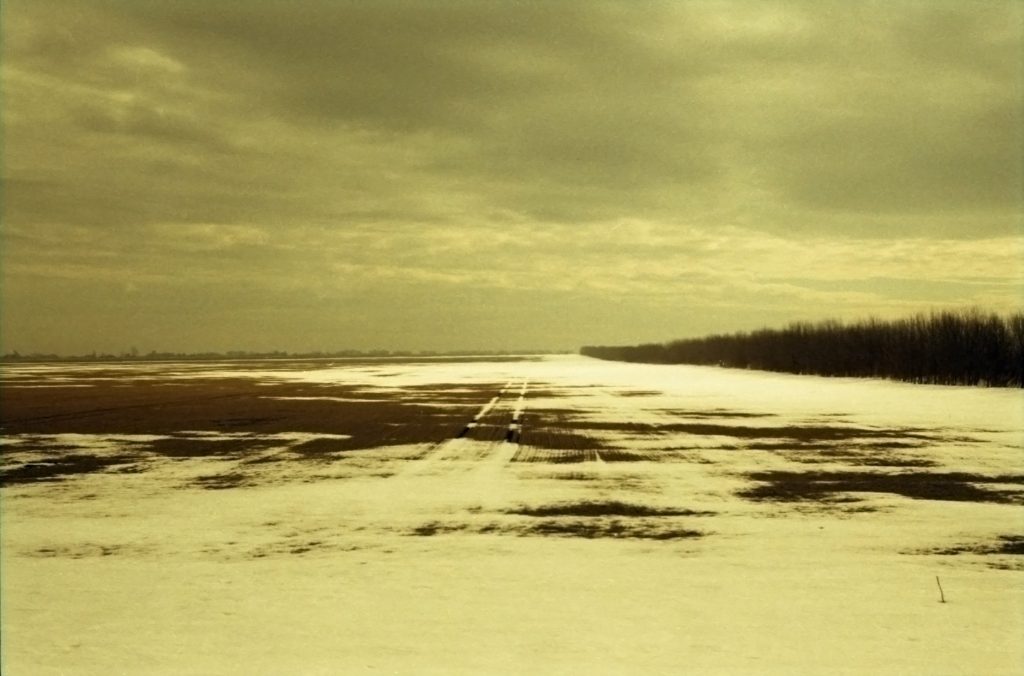 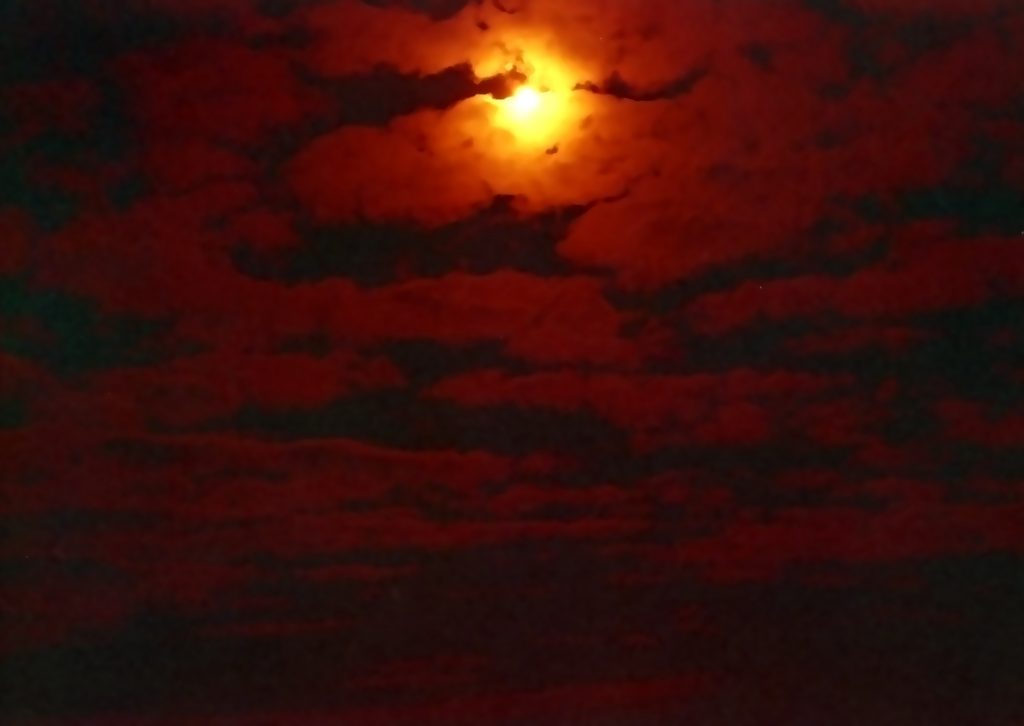 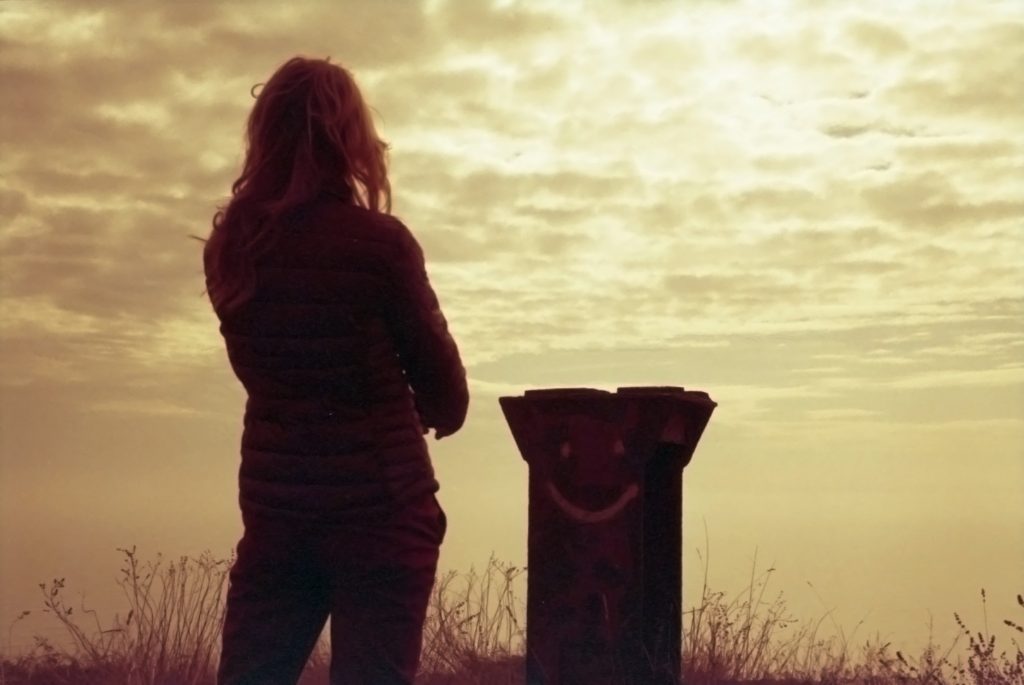 I would probably never understand people shooting in redscale like they’re going into hibernation. It may be applicable to certain projects, but used  alone as a raison d’être for photographs is not seductive to me.

Here is a video of D2 in which redscale effect has been used in a cinematic way. Surprisingly, the video’s named Mars.

Be aware of product positioning. 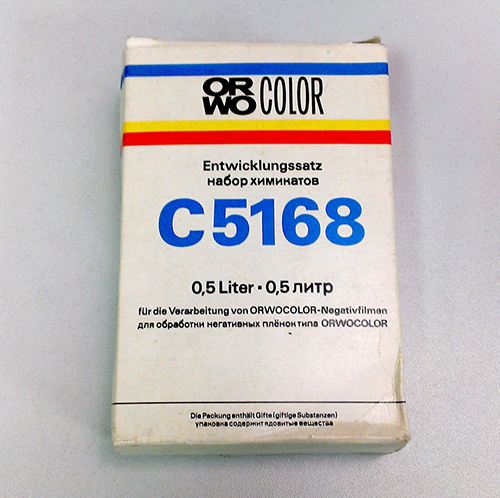