In the past, AGFA Scientia EM has been used to capture microscope images. It has been in production in a number of formats — cut sheet, glass plates, etc. The canister I got is in 35mm size, unperforated.

If you look it up on the internet, you will find mostly scientific research papers that mention this film like that “…results were recorded on electron micrographs taken on Agfa Scientia 23D56 film.” But that was just enough to attentionize my curiosity.

A brief mention of this film is made by Maco Photo Products in a document published by Sopockie Szkoly Fotografii here. Though this technical paper discusses another film, it was a good starting point. I am not saying I understood all about different energy of electrons and photons.

Had a bracketing test to confirm its sensitivity around ISO 25:

The format of the picture is strange, but that’s what you get when shooting 35mm film in 6×6 camera. This film has no perforation and I had to handmake a small device to help Pentacon Six accommodate and impregnate it.

These are just some random shots from my balcony: 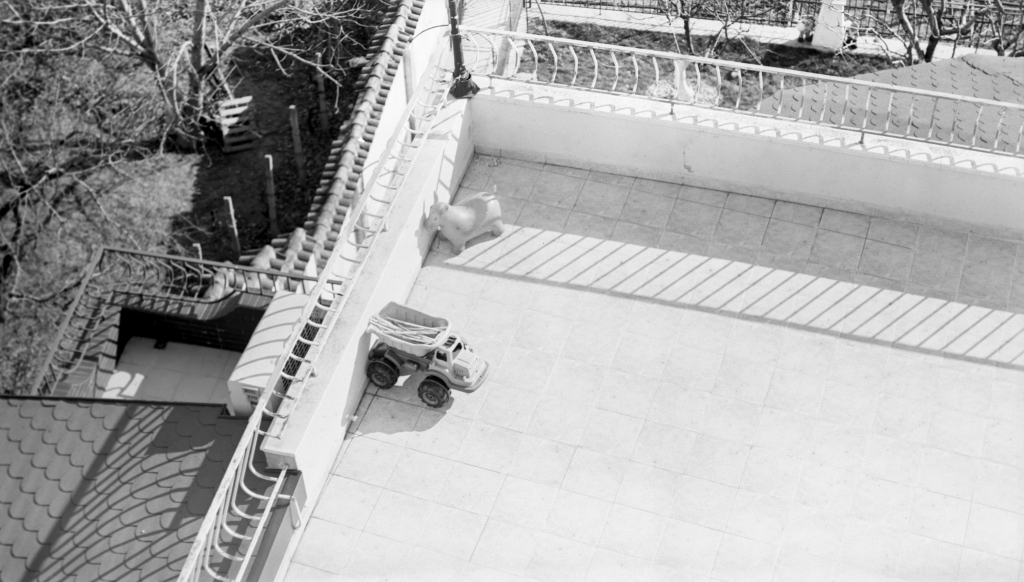 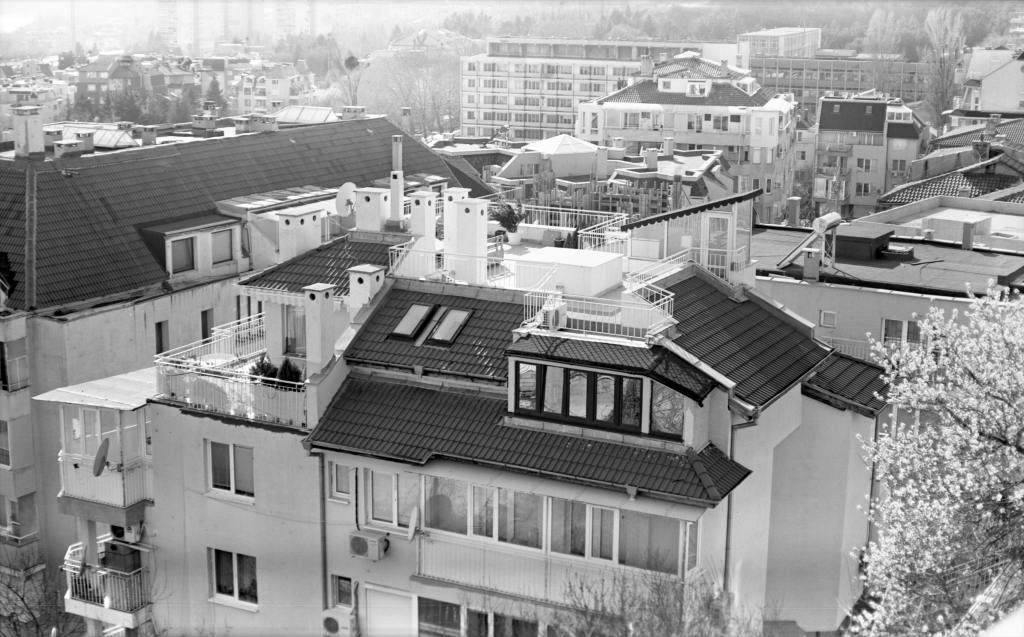 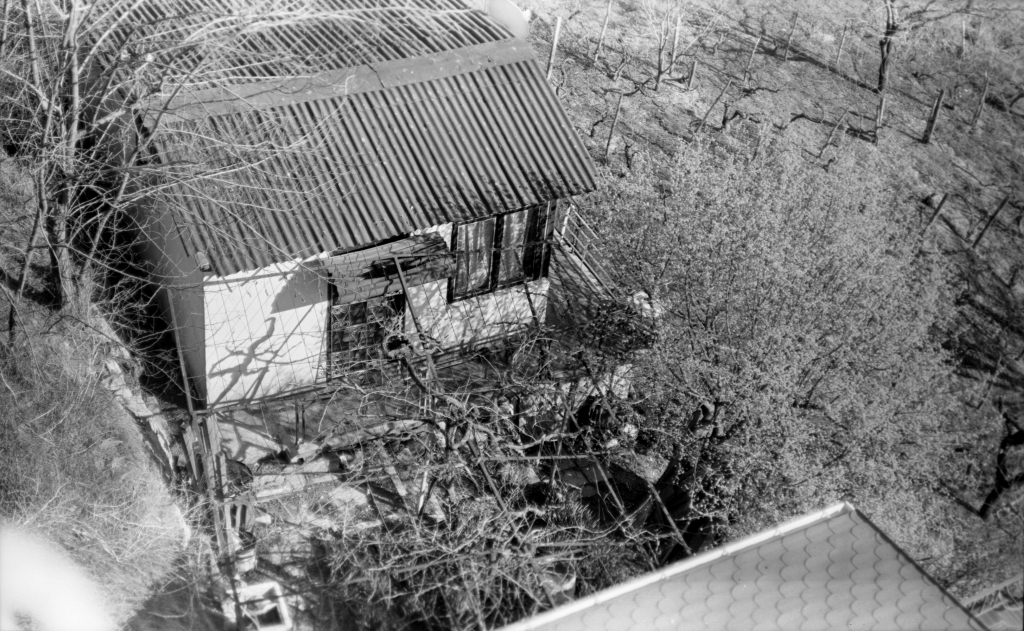